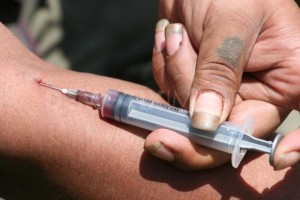 The Fine Line Between Drug Dealer And Drug User

In Massachusetts as in most states there is a fine line between drug dealer and drug user. When people think of drug dealers they usually think about two types of people. One, the street dealer who sells small quantities and makes money on volume. Two, the major trafficker who sells drugs in multiple kilos or pounds. Today, especially with opiates such as heroin or oxycodone, the more common drug dealer is the person who sells just enough to support his or habit. Defending people falling into this category should be pretty easy, right? Guess again. District attorneys are rarely sympathetic to this situation and prosecutions are approached aggressively.

For prosecutors in Massachusetts there is no gray area. People who sell drugs are drug dealers. Just a few days ago a local newspaper reported that two individuals known as “major” heroin dealers were arrested and charged with various Massachusetts drug crimes. Interestingly enough there were no trafficking charges. Rather, the individuals were charged in the Newburyport District Court with possession with intent to distribute heroin, methadone, oxycodone, suboxone and more. Both were also charged with conspiracy to violate the Massachusetts drug laws.

Here is what the cops alleged these folks did. First, about three months ago both were charged with possession of heroin. Second, from this arrest the police learned that both were selling heroin. Third, both were observed making alleged heroin sales at local gas stations and restaurants. Fourth, an undercover purchase was made during which officers paid $60.00 for heroin. Fifth, several other controlled buys were made, all of which involved small quantities of opiates. Sixth, based on all of this, officers made arrests. And guess what the police did not find? No significant quantities of drugs, no money, no customer lists, no luxury cars or homes. Nothing. There is a reason for this. These people are not “major” heroin dealers. They are users who sold to support their habit. “Major” dealers have money. They have large supplies of drugs. They have luxuries.

What Are The Defenses For People Who Sell Drugs To Support Their Habit?

One thing criminal defense lawyers can try to do is convince the prosecutor that the defendants are not drug dealers. This can be demonstrated through a criminal history of drug possession charges. It can be shown by records disclosing drug treatment, abuse or overdoses. Judge can be made aware of this as well. Moreover, if the defendant gets into a drug treatment program while the case is pending a record showing addiction and drug abuse can be compiled. If the district attorney is unsympathetic, go directly to the judge. Charges short of trafficking, such as those filed in the case discussed above, can be continued without a finding. It is the job of the criminal defense attorney in cases such as this to show the factfinder that the alleged drug dealer is in fact a drug user. He or she is as much in need of treatment and help as the people that were supposedly victimized by their drug dealing activities. A good lawyer can get good results for these cases.

Hiring the right criminal defense attorney is your best defense. The Law Offices of Stephen Neyman, PC has been defending drug cases for nearly three decades. Call us at 617-263-6800 or send us an email if you need help. Let us defend you.