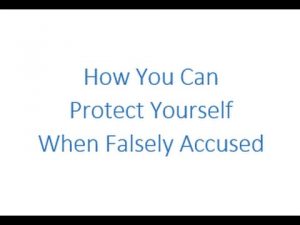 Over the years I have defended scores of people falsely accused of domestic assault and battery in Massachusetts. Many of these claims were made to gain an advantage in a collateral legal proceeding such as a divorce or a child custody dispute. Other times the claims originated when a scorned partner wanted to exact revenge on his or her significant other. Recently I have seen another trend. People living in this country illegally are abusing a policy of refusing to deport victims of domestic assault and battery. From a criminal defense perspective these cases are extremely difficult to defend. This post examines one such scenario and potential defenses to alleged violations of G.L. c. 265 Section 13M. END_OF_DOCUMENT_TOKEN_TO_BE_REPLACED 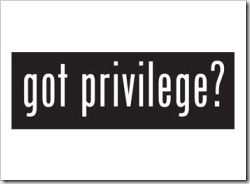 The Marital Privilege in Massachusetts

G.L. c. 233 Section 20 sets out the parameters of the marital privilege in Massachusetts. The law states that with limited exception no spouse will be compelled to testify against the other at trial. This does not mean that a defendant in a criminal case can prevent his or her spouse from testifying at trial. Rather, the privilege lies with the witness alone. The marital privilege is typically used in domestic assault and battery cases. In these instances, the “victim” spouse invokes the privilege in court. The victim will be questioned by the judge to determine whether the privilege is being asserted voluntarily. Once the judge recognizes the privilege that spouse is excused from having to testify at trial. END_OF_DOCUMENT_TOKEN_TO_BE_REPLACED 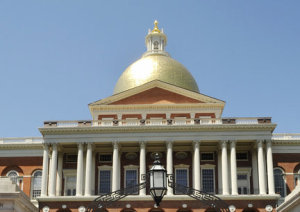 Will I Have A Record If My Case Was Continued Without A Finding?

Not a week goes by where someone doesn’t call me to ask about the significance of a continuance without a finding. The typical question is “will I have a record if my case was continued without a finding?” The answer to this is case specific. If someone tells you that a continuance without a finding (CWOF) means that you have no criminal record you have been given bad advice. CWOFs serve a purpose that can in some instances be very beneficial. Other times however the impact of a CWOF can be devastating. This post examines certain aspects of a criminal case disposition through a CWOF. END_OF_DOCUMENT_TOKEN_TO_BE_REPLACED

How Long Will It Be Before My Criminal Case is Over

Having a pending criminal case in Massachusetts can be a very unsettling experience. You might not be able to sleep. You could have trouble concentrating at work. Your social life might be impacted. Most people simply can’t control the constant worrying. Consequently, I am often asked “how long will it be before my criminal case is over?”. The answer varies depending on your particular case. This article examines factors that may expedite or delay the process of resolving criminal cases. END_OF_DOCUMENT_TOKEN_TO_BE_REPLACED 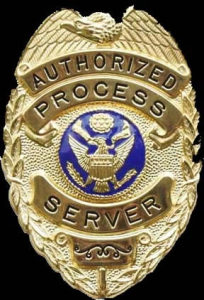 Aside from lawyers not many people want to go to court. The thought of being called as a witness can be intimidating. The majority of people simply don’t want to get involved in criminal legal matters. Very few people want to testify against someone. No one wants to take time out of his or her day to wait around a courthouse, possibly for hours, only to be inserted into other people’s problems. As such, it is not surprising that I get asked the question: “if I get a summons or a subpoena do I have to go to court?”. This post examines answers to that question in Massachusetts. END_OF_DOCUMENT_TOKEN_TO_BE_REPLACED

At least once a week a potential client will come into my office to discuss a pending case and conclude the conversation by asking me what guarantees I can give him. My answer is the same each time. There are no guarantees in this business. There are times when lawyers, based on their experience have a pretty good idea how a case will resolve and may share these experiences with perspective clients. But lets face it. No one knows for sure how any case will end up. This post examines how good lawyers manage client expectations in criminal cases and what to watch out for when deciding who to hire to defend you. 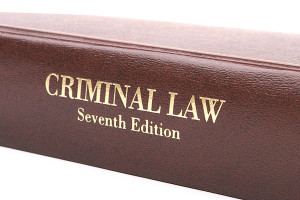 END_OF_DOCUMENT_TOKEN_TO_BE_REPLACED

The large majority of people arrested or summonsed in Massachusetts and charged with a crime are going to get arraigned. At this stage of criminal proceedings it makes no difference to most Massachusetts judges whether or not the person is innocent or guilty. As a matter of fact, this makes no difference to most district attorneys either. In truth however it should. Anyone who gets arraigned in Massachusetts gets a PCF number. PCF stands for Probation Central File. A PCF number will follow you forever regardless of conviction, dismissal or acquittal. If you can, you want to avoid being arraigned. Usually the only way to do so is through a pre-arraignment criminal defense investigation. This article discusses some steps that can be taken towards accomplishing this goal.

END_OF_DOCUMENT_TOKEN_TO_BE_REPLACED

Massachusetts General Laws Chapter 218 §35A provides a mechanism through which people can apply for criminal complaints. The process is simple. Go down to the district court clerk’s office, ask for an application for a complaint and fill it out. If the complaint is for a misdemeanor, and in some instances a felony, the clerk issues a notice to the accused for a clerk magistrate hearing. At that proceeding the clerk magistrate hears evidence and makes a determination as to whether or not probable cause exists. If it does, a complaint can issue. Sometimes, people wrongly accused of a crime such as an assault and battery, use this process as a defense. The cross-allegation is commonly referred to a cross complaint. This post looks at how cross complaints work in Massachusetts. 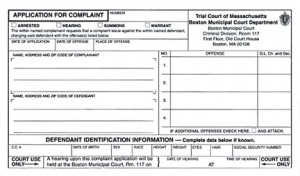 END_OF_DOCUMENT_TOKEN_TO_BE_REPLACED

Today’s Lowell Sun reports that a Dracut, Massachusetts man has been held pursuant to Massachusetts General Laws Chapter 276 Section 58A at least until a judge can hear the prosecution’s petition for detention on dangerousness grounds. The forty five year old man allegedly assaulted a woman with a handgun. She called the police. Officers responded, searched the home and found a loaded gun. The man has been charged with assault and battery with a dangerous weapon and possession of drugs that were found in his possession. 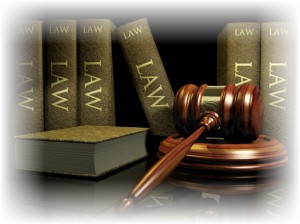 END_OF_DOCUMENT_TOKEN_TO_BE_REPLACED

One of the crimes most frequently defended by Massachusetts criminal lawyers is the case of domestic assault and battery. The statute prohibiting the conduct is Massachusetts General Laws Chapter 265 Section 13A. Not many people are aware that the crime of assault and battery in Massachusetts is a misdemeanor, punishable by up to two and one half years in the house of correction and a one thousand dollar fine. The term “domestic” does not change the actual criminal charge. Rather, it is a description commonly used by lawyers and lay people alike in reference to someone in a relationship causing physical harm to the other person in that relationship. Massachusetts judges and district attorneys for some reason seem to view assault and battery cases of this nature as being more serious than other assaultive conduct; i.e. a fist fight. For this very reason anyone charged with hitting or threatening a domestic partner should not go into court without a lawyer.

Why Are These Cases Taken So Seriously in Massachusetts?

The answer to this question is simple. The risk of harm to the victim coupled with the consequences facing the accused trigger great scrutiny of these cases. As to the victim, the prosecution and judges want to make sure that they are safe. Domestic issues are emotional issues and rationality often takes a backseat to reason and logic when emotions are tested. Ensuring that the complainant is safe from further attack is the first order of business. On the other hand, someone needs to protect the accused to make sure that his or her rights are protected as well. Domestic assault and battery allegations prompt the issuance of restraining orders. A violation of a restraining order can in some instances be a felony. For instance, an assault and battery in violation of a restraining order is a felony that can result in a five-year prison sentence. This again is reason enough for anyone charged with this crime to be represented by a lawyer.

What if I Didn’t Do Anything and the Complainant is Lying?

The sensitivity and volatility of domestic assault and battery cases usually leads judges, at least initially, to side with the complainant. No judge wants to see his or her name in the paper with an accusation that they did nothing to protect a “victim” in a domestic case. So, absent effective representation they will render harsh judgments against the accused in the form of restraining orders, pretrial detention and stiff sentences. An experienced criminal defense lawyer, properly prepared, will be able to demonstrate to the judge in appropriate circumstances that the accusations are lies. This can be done by getting witnesses to appear in court to refute the charges, show a pattern of lies in restraining order affidavits, reveal illicit motives for the duplicitous complaints and more. There is always a reason for making a false complaint of domestic abuse and a skilled defense lawyer will demonstrate this to the judge or jury. Aggressive defenses in these matters are often necessary and a quick start on your defense can save you the trouble of trying to vacate restrictions on your life at a later time.

Why Do People Lie In Domestic Abuse Cases?

There are many reasons people lie in domestic assault and battery cases. Sometimes people want to control their partner. If the complainant fears that the accused is planning to leave them a restraining order or complaint of domestic abuse gives them control during the pendency of the case. They can lie and tell the judge that the defendant violated the restraining order if the defendant does not do as they demand. Sometimes people wrongly believe that an accusation of domestic abuse will give them the upper hand in a divorce or child custody proceeding. Other times, abusing the courts with false claims of abuse is a way of “getting even” with a cheating spouse. Other times it is done out of pure evil. A good criminal defense lawyer will work with you to expose the “victim’s” illicit motives and get you a proper result in court.