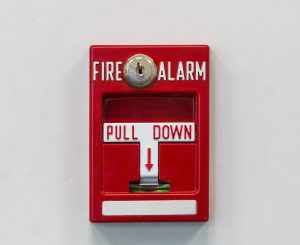 False fire alarms are not only made by intoxicated adults. There are plenty of incidents in which a sober individual pulls a fire alarm without cause. False fire alarm charges are common amongst school-aged children and young adults, as well. Anyone who is facing charges for pulling a false fire alarm, disorderly conduct, or disturbing the peace needs to speak with an experienced criminal defense lawyer.

A False Fire Alarm is a Crime in Massachusetts

A false fire alarm is a serious matter. It is not a joke and no one will view it as an innocent prank. Pulling a fire alarm in a public place under false pretenses is highly disruptive and is a crime in Massachusetts. If you are identified as the culprit, you can face a number of criminal charges including pulling a fire alarm, disorderly conduct, and disturbing the peace. Other circumstances might warrant additional charges to be placed on you, such as public intoxication if you are drunk in public when you pull the fire alarm, or underaged drinking if you are intoxicated and under the age of 21 when you are caught pulling the fire alarm.

While many of the charges mentioned above are misdemeanor level offenses, if you are convicted, you will have a criminal record, you will have to pay a fine, and you may even have to face some jail time. A criminal conviction for a minor offense like falsely pulling a fire alarm or disorderly conduct can have a significant impact on your life, so you need to fight the charges that are pending against you with everything that you have got.

You need to protect yourself and fight your disorderly conduct charges.