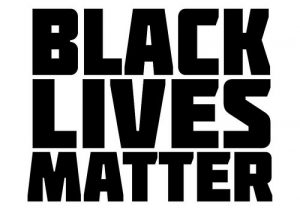 Over the past year, numerous Americans across the country have passionately vocalized their stance against state law enforcement violence towards unarmed criminal suspects who are African American. A movement has begun that supports raising awareness of this nationwide issue, and activists who belong to the movement have banded together to organize protests in a number of states. The main entity in the movement that is gathering traction with the people is a campaign known as Black Lives Matter. Unfortunately, many of the people involved in these gatherings are getting charged with crimes such as disorderly conduct, resisting arrest.

MassLive reports that on April 14th, 2015, a group of 15 Black Lives Matter protesters were arrested after temporarily blocking traffic during a protest at The X, a well-known and busy intersection, in Springfield, Massachusetts. The protest started just as any normal demonstration does, with about 40 participants carrying signs and reciting anti-police chants as they walked from downtown Springfield to the X intersection. Police followed and monitored the demonstration, which is fairly typical police protocol, to make sure that the protest activities remained peaceful. Upon arrival at the X intersection, a group of 15 protesters linked arms and moved into the intersection in an attempt to block traffic and to shutdown the intersection.

Police warned the protesters to permit traffic through the intersection, but the demonstrators refused and were arrested, citing public safety concerns. The protesters were cuffed and taken into custody. They were charged with disorderly conduct and resisting arrest. Their arraignment hearings were held the next day, and every one of the 15 protesters denied their charges and were released on their own recognizance and ordered to return to the District Court in May for their respective pretrial hearings.

The Crime of Disorderly Person or Conduct

In order to obtain a conviction of disorderly conduct, the District Attorney will be required to prove that the protestors/defendants:

When commenting on the arrest of the 15 protesters, police spokesman Sgt. John Delaney, in a second MassLive article, described how the officers at the scene were concerned that an emergency vehicle, such as an ambulance or a firetruck, would be unable to get through the disrupted intersection, and these concerns are what prompted the arrests.

The Crime of Resisting Arrest

In order to obtain a conviction for resisting arrest, the District Attorney will be required to prove that the protestors/defendants:

When You Need A Massachusetts Criminal Defense Lawyer

Our Attorney is an experienced criminal defense attorney helping clients fight the charges that have been brought against them. Having worked as both a prosecutor and as defense counsel in her career, Our Attorney has acquired the knowledge, skills and insight needed to defend you. If you have been charged with a crime, please contact Our Attorney immediately either online .