The Brockton Enterprise reported that Theresa Foley of Stoughton, Massachusetts was arrested at her workplace following an investigation in which police allegedly witnessed her sell drugs on six separate days. The investigation began earlier this month when a Dedham Police Detective gained information that Foley was dealing drugs. Police investigating the allegations set up surveillance. They witnessed Foley leave work, travel to nearby parking lots and engage in hand to hand sales. It is further alleged that Foley was observed selling drugs from her home as well. Armed with this information the police followed Foley one last time. Following her established pattern she was seen selling to a man in a pickup truck. The man, a resident of Norwood was stopped by the police. In his possession they found a couple of bags of heroin. The purchaser was charged with Possession of Heroin and Conspiracy. Foley was then arrested. She has been charged with Conspiracy, Distribution of Heroin, a School Zone Violation and Possession of Class A With Intent to Distribute. The case in pending in the Dedham District Court. Foley was also found in possession of Drug Paraphernalia. It is reported that she confessed to these crimes. 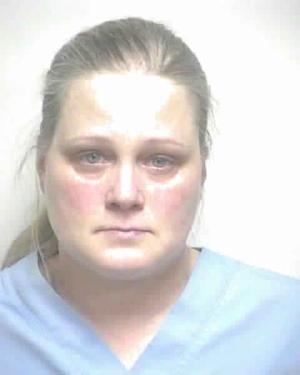 The strength of the district attorney’s case here lies in what Foley possessed when she was arrested, as well as in her confession. While observing the sales might constitute circumstantial evidence that she was involved in drug dealing it would not be enough to sustain a conviction if that was the only evidence in the case. I have blogged on this before. When someone is seen selling drugs and the buyers are caught with the drugs the prosecution cannot usually prove the sale. This is because the buyer has a constitutional right not to testify due to his or her involvement in the criminal activity. Thus, if the buyer is himself not caught with drugs in his possession there is not nexus between the seller and buyer sufficient to sustain the prosecution. Simply put, the district attorney needs the buyer’s cooperation, something that is extremely rare. However, the police observation certainly gives rise to reasonable suspicion to stop and frisk the seller. If the seller is found in possession of the drugs the prosecution then becomes more viable.

No matter what the charges or crime alleged the Law Offices of Stephen Neyman is prepared to defend you. There is always a defense to a criminal allegation. Hire the right lawyer. Call us at 617-263-6800 or contact us online. It is our privilege to defend the accused.