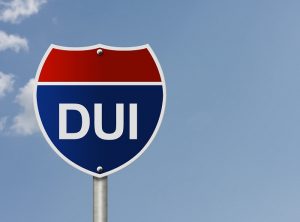 Charged With DUI Out of State? Don’t Ignore It.

Many Massachusetts residents are faced with the problem of being arrested and charged with driving under the influence (DUI) of drugs or alcohol while outside the state of Massachusetts. These individuals often wonder what effects an out of state OUI could have on them back home in Massachusetts. Many people simply plead guilty to their DUI charge, or never show up to court in the state where they were arrested, thinking that the offense will never catch up to them if they do not return to the state or to “scene of the crime” so to speak. This is completely untrue. A drunk driving case in any state spells trouble for you, both in the state where you were charged as well as back home in Massachusetts.

The Massachusetts Registry of Motor Vehicles will not necessarily automatically reinstate your driver’s license. You may be required to provide additional documentation and evidence to the Massachusetts Registry of Motor Vehicles in order to get your driver’s license reinstated depending on the particulars surrounding your DUI.

Many people who get an out of state DUI realize that they are in a lot of trouble. They may realize that the state law where they received the DUI will be applicable in their case, but there will also be consequences to face back in Massachusetts, as well. That is why many people with out of state DUI charges hire both a local DUI defense attorney and a Massachusetts DUI attorney to handle their DUI criminal defense.

A drunk driving conviction in another state is going to have a negative impact on you in Massachusetts. As such, it is important that you fight the OUI charges that are pending against you. You can have multiple lawyers representing you in an out of state driving under proceeding – a local lawyer and a Massachusetts DUI criminal defense attorney.