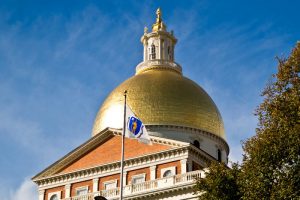 Marijuana has been legalized in Massachusetts for just a few months and legislators are already trying to prune back some of the provisions concerning the cultivation of marijuana, among other changes that could curb how people use and grow marijuana in the future. Being one of the first states to adopt legalization of marijuana statewide, the Commonwealth is struggling to get comfortable with the idea that marijuana is legal, that small amounts can be possessed without fear of prosecution, and that Massachusetts residents can grow cannabis in their homes if they so choose. Massachusetts marijuana laws however are evolving.

Growing marijuana at home was legalized by the passage of House Bill 1.561 by a vote of the Massachusetts public. The new law allows for Massachusetts residents to grow marijuana plants in their home for personal consumption – six plants per adult, with a 12 plant maximum per household.

Realistically, 12 plants is a lot. Marijuana plants that are well cared for can produce several marijuana cigarettes worth of of consumable leaves per day. The average marijuana plant grown by the average person will produce anywhere from one ounce to two ounces of consumable foliage. An experienced grower with a green thumb could coax a plant to produce up to five ounces of consumable foliage from a single plant. This reality has prompted legislators and government officials to question whether six plants per adult and 12 plants per household is simply too much home-grown marijuana.

Discussions concerning reducing the number of marijuana plants that Massachusetts residents can legally have in their homes are at the early stages. It is not clear if the number of plants a Massachusetts resident can have will be reduced or by how much. Law enforcement has not reported any particular problem with home-grow operations under the new law so far, and the limits imposed on home-grow operations under the Massachusetts law are lower than they are for other states where marijuana is legal, such as Colorado.

Not Everything Related to Marijuana is Legal Under the New Law

It is important to remember that not everything associated with marijuana is now legal under the new law. There are still many activities involving marijuana that are against the law and if you are caught by law enforcement engaging in those activities, you will be arrested and charged with the appropriate drug offense. If you are arrested and charged with a marijuana-related drug offense, or any other drug-related offense, you will need to get into touch with an experienced drug crimes criminal defense lawyer as soon as possible.

If you have been charged with a marijuana-related offense, or any other drug offense in Massachusetts, it is important to get into touch with an experienced criminal defense attorney as soon as possible.