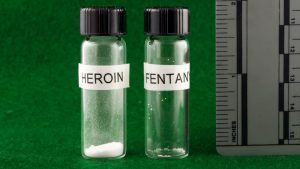 In recent years it has become popular for illegal drug dealers to mix highly potent drugs such as the heroin with a substance known as fentanyl in order to generate a more profound high for those who are taking the drug. Fentanyl is the dangerous opioid drug compound that has produced far too many deaths in Massachusetts and the New England region as a result of its use. People who receive drugs that are mixed with fentanyl have a substantially increased risk of accidental fatal overdosing. In response, prosecutors are seeing drug dealers charged for deaths resulting from the drug dealing activities.

Anyone who is charged with selling or distributing illegal drugs needs to consult with an experienced drug crimes criminal defense lawyer as soon as possible after being arrested. If someone died as a result of taking drugs that you gave them, you may face manslaughter charges as well as your drug charges. Manslaughter charges are serious and the consequences are steep. You will need a skilled and dedicated defense lawyer in your corner fighting for your rights.

Drug charges are tough to fight in Massachusetts, and having a manslaughter charge stacked on top of your drug charges can make things more complicated and more difficult. You need an experienced defense lawyer who can handle both aspects of your criminal defense.