Eric Churchill is sixty one years old. This past weekend a neighbor told the police that around noon Churchill appeared in her backyard, drank some beers pulled down his shorts and exposed himself. The complainant told him that she did not approve of this conduct. She claimed to be shocked. The woman reported the incident about six hours later. The woman told the police that another man, a neighbor witnessed the incident. She further told the police that this man would deny the incident had occurred. The police confronted Churchill. He denied behaving as reported. The police also spoke with the witness. He too stated that this never happened. Churchill will be charged with Open and Gross Lewdness. The case will be prosecuted in the Salem District Court. 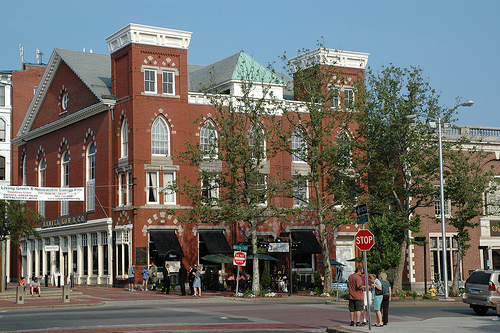 The crime of Open and Gross Lewdness in Massachusetts is a felony proscribed by Massachusetts General Laws Chapter 272 Section 16. This law was enacted in 1784. To convict someone of this crime the district attorney must prove that the accused exposed his genitalia or buttocks to someone, that this was done intentionally, that this was done publicly or with a reckless disregard that there would be some public exposure to some who might be offended by the conduct, that the act was designed to cause alarm or shock and that shock or alarm resulted. While the complainant in this case used the proper buzz words jurors might be reluctant to believe her story. She did not report the incident for six hours. When making the complaint she inexplicably told the police that the eyewitness would refute the allegations as he in fact did. This suggests that the incident did not occur and that perhaps the complainant had a motive for making a false complaint. It seems like Churchill’s defense lawyer has a lot to work with in this case.