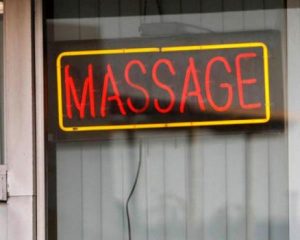 Sex For a Fee Massachusetts

In Massachusetts, soliciting a prostitute or the act of prostitution is a crime under G.L. c. 272 Section 53A. The statute has a variety of subsections that make a conviction for this crime punishable by up to ten years in some circumstances. Until recently first time offenders were offered pretrial probation under G.L. c. 276 Section 87 for one year with the condition they take a short class on the dangers of engaging in this activity. In the last few months, in many counties this has changed. Prosecutors are now making sex for a fee cases more difficult to defend.

I have asked this question several times over the last few months. I have not received a logical consistent response. The standard answer is that the prosecution wants to protect women whom they believe are being victimized by prostitution. In other words, the prostitutes are being protected and the customers punished. When I ask how a particular prostituted is being victimized I never get a sound answer. Rather, I am given a general response replete with buzz words and “public policy” rhetoric. Remember, sex for a fee can be charged against the customer, the prostitute or both. One class of violators (Johns) situated similarly to the other class of offenders (prostitutes) should not be given disparate treatment. When pressed on the reason for the different treatment no rational answer is given.

As I have mentioned several times in prior posts, pretrial probation requires the agreement of the district attorney. Judges cannot dispose of a case in this manner in the absence of such an agreement. Even if the judge believes that the prosecutor is being unreasonable or unfair his hands are tied. While some judges have exceeded their authority and allowed 276 Section 87 probation over an objection an appeal by the prosecution will surely result in the disposition being reversed and vacated.

Some clients have asked me “can I just get a CWOF for this charge”. For people with no prior and no significant criminal history a continuance without a finding is typically imposed by a judge with or without the agreement of the district attorney. I have never seen a judge not enter a CWOF in these circumstances. The problem is that a CWOF is not always a good result. While successful completion of probation on a CWOF results in a dismissal of the charges there are some organizations and employers that will see that you were charged with this crime. Also, a CWOF is the same as a guilty in the eyes of the federal government. For non-citizens this could result in deportation for someone who resolves his case in this manner.

How to Defend These Cases

Since favorable deals are not being offered as freely many of my clients are opting to take these cases to trial. These cases are often very triable. A typical arrest involves someone responding to an internet solicitation on a website such as craigslist.com or backpage.com. The advertisement rarely mentions sex. It offers massage or massage related services. Responses to the listing come through texts or emails. Rarely is the work “sex” or specific sexual services mentioned in writing. There are innocuous reasons someone might respond to the solicitation. That is often a successful defense to these cases. The accused was innocently responding to the listing.

Hire a Massachusetts Sex For a Fee Defense Attorney Now

Attorney Stephen Neyman has an incomparable record defending the accused in Massachusetts. Our phones are answered 24/7. Call us now at 617-263-6800 or email us if you have been arrested or charged with a crime. We can help you.