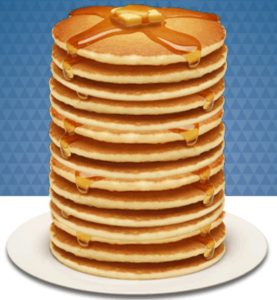 Sometimes when law enforcement officers makes an arrest, they charge as many crimes as they can at once. Police have the right to use their discretion when asserting criminal charges, and they sometimes err on the side of caution and assert more charges than is actually fair. This processes is known as criminal charge stacking and it affects many criminal defendants in Massachusetts. You may have heard of police making numerous charges in an attempt to see what charges stick after being scrutinized by the court, that is exactly what charge stacking is.

Sometimes charges will be asserted against a criminal defendant that are not substantiated by the facts surrounding the alleged crime or arrest. By asserting so many charges, the police are making it clear that the criminal defendant did something wrong and in violation of the law in the police officer’s opinion.

Why is Charge Stacking Bad for Criminal Defendants?

Charge stacking is troubling for criminal defendants because it means that they have to fight through charges that do not necessarily fit the facts surrounding their alleged crime. The more charges a defendant is up against the harder it will be to fight them all and walk away without being convicted. If a conviction is obtained on multiple charges, it can mean that the jail time sentenced for each crime conviction can be tacked onto one another, resulting in a lengthy and amplified sentence. Charge stacking makes low level criminals look like serious offenders when that simply is not the case. A first-time offender can become a multiple offender if convicted of more than one of the stacked charges pending against him or her.

Charge stacking is daunting to a criminal defendant. It can be expensive to fight a lot of charges at once, and some defendants are pressured into taking plea bargains because the cost of hiring a lawyer to fight all the charges. Do not let prosecutors scare you with stacked charges. A skilled criminal defense lawyer will be able to determine which charges need to be dropped immediately and will take steps to get those charges dismissed quickly so that more time can be spent focusing on the charges that you are facing.

Common examples of criminal charges that are often stacked together include:

If you have been charged with multiple crimes, you are going to need the help of an experienced criminal defense lawyer.