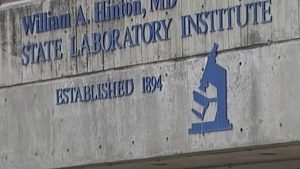 The Annie Dookhan saga continues in the High Court of Massachusetts. The Massachusetts Supreme Judicial Court has ordered state prosecutors to review the 24,000 Massachusetts drug cases that had been handled – or rather, potentially mishandled – by Annie Dookhan between 2003 and 2011.  Some 20,000 criminal defendants who were convicted of drug charges could potentially have their convictions dismissed, or cases retried, as a result of the state’s debacle concerning Ms. Dookhan’s misconduct while working in a Boston-area drug analytics lab.

Ms. Dookhan was formerly employed as a drug chemist at a Massachusetts state lab that ran drug samples in criminal prosecution cases. In 2012, an investigation was launched into Ms. Dookhan’s handling of a number of her cases, and it was discovered that she had mishandled many drug samples while she worked as an analyst. Among other things, Ms. Dookhan:

The Massachusetts Supreme Judicial Court was not inclined to dismiss all of the criminal convictions that were based on drug evidence that was handled by Ms. Dookhan, but the Court was convinced that the affected cases should be reviewed. The Court developed a new protocol that the state prosecutors will use when reviewing the questionable drug conviction cases that are linked to lab work conducted by Ms. Dookhan. The prosecutors have been ordered to review the cases, and to identify which cases have sufficient evidence to maintain the conviction and which cases should be retired.

The Court is taking the matter seriously, and has required that prosecutors generate the list of all potential retrials related to Ms. Dookhan within ninety days. Criminal defendants in cases that are eligible for retrial will be notified as soon as possible. Notifications will include a letter explaining the defendant’s rights, and information about how to obtain legal counsel. In total, the review process will take not more than 120 days. If there are too many cases that need to be retried, and too few available lawyers, then the court will further consider if the cases should simply be dismissed.

Anyone whose drug conviction was based evidence that could have been tampered with by Ms. Dookhan deserves their fair shot in court.