I have a large number of clients who got to me through my website and one of my blogs. All of these properties make reference to remaining silent. I have posted countless times about the dangers of meeting with the police without having consulted with a lawyer. I have posted about this in social media. Every day I read at least one Google Plus post about someone who decided to meet with the cops rather than consult with a lawyer. Every time I read about this or hear about it one thing sticks out. The person who talked to the cops got charged with a crime and never would have had he remained silent. And again today, someone called me telling me that the police called them asking “me to go to the station to tell my side of the story”. My advise was simple don’t do it. 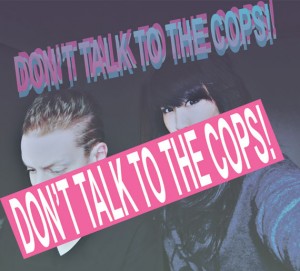 Nothing Good Comes From Talking To The Cops

Today’s story is a sad one yet it highlights the value of my advice to remain silent. The person who called me today had been contacted by a woman identifying herself as a police officer. She wanted to meet with him to discuss an allegation recently raised by a girl he dated for a brief period of time. The relationship ended a few months ago. When they dated he was seventeen. She was fifteen.

The officer never told him specifically why she wanted to meet with him, only that the girl made some sort of “minor” complaint. The officer just wanted to hear both sides so that she could close out the case. He told me he had nothing to hide. I told him not to meet with her without a lawyer and that we should discuss the matter fully before making any decisions. He knew better and decided to meet with the officer alone. Bad idea. Really bad idea. Here is why.

The Defendant Was Tricked By The Police

When the young man got to the police station he was met by a very attractive woman, not in uniform. She identified herself as the officer with whom he had spoken earlier. She is a detective, very attractive and disarming. She told this individual that this girl claimed that he had raped her. He was shocked and told her that maybe he should come back with a lawyer. She told him that was fine but why get a lawyer if you have nothing to hide. The young man thought it through and agreed to remain and answer questions. He made clear that he never raped the girl. As a matter of fact the two never had sex at all. All he did was “finger” her and had her perform oral sex on him. He repeated that there was no sex. He felt relieved. He signed a typewritten statement memorializing the interview. He reviewed it thoroughly. He then signed it. He was permitted to leave and thanked for being cooperative and candid. Then he called me to tell me what he had done. He had no idea that he just admitted to statutory rape and that he now might be charged with a felony with sex offender registry consequences. Had he not talked at all there probably would not have been any charges filed.

I have been practicing criminal defense law for nearly three decades. My advice has, and always will be to remain silent. Nothing good comes from talking to the cops. If you are contacted by the police call me at 617-263-6800. I will help you avoid problems.