A twenty-one year old man faces serious assault and battery charges on the three-year child of his girlfriend.  According to the Salem News, Christopher Declid pleaded not guilty in the Salem District Court to a charge of domestic assault and battery causing serious bodily injury after Declid’s sister called the police to report abuse. The police responded to an Extended Stay America in Danvers midafternoon and found the child alone in the corner on a mattress.  Apparently, the other family members went out and the child was left behind because he was “bad.”  Declid and his girlfriend, mother of the child, both face child abandonment charges. 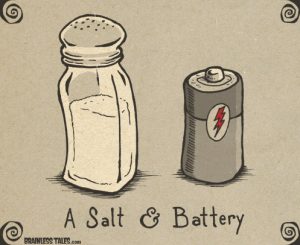 According to the News, the police observed a bruise on his calf, black and blue marks on his buttocks, and a scratch across his face. The child told the police that the black and blue mark was from being struck with a leather belt by Declid and the scratch was self-inflicted when he attempted to remove tape from his mouth put there by Declid who had put hot sauce in the child’s mouth.

Obviously these charges are very disturbing and nobody supports injuring a child and leaving him alone.  However, it is important to remember that at this point, these are allegations.

These types of cases are difficult to defend because of the emotion that comes with them. According to the paper, there are alternative explanations for some of the child’s injuries including that he fell on the playground. It is imperative to start mounting a strong defense immediately and interview witnesses to corroborate the fact that this was how the injuries were sustained. It is alleged that Declid gave a statement admitting that he used a belt to hit the child. A qualified attorney will examine the circumstances surrounding this statement to ensure that he was informed of his “Miranda Rights” and the statement was voluntarily given.

What should I do if I am charged with domestic assault and battery?

If you are charged with any type of domestic assault it is imperative to start mounting a defense early. Potential witnesses must be interviewed sooner rather than later as memories often fade with time. Additionally, all the evidence must be examined to determine what pre-trial evidentiary and non-evidentiary motions should be filed. Depending on the case, discovery motions and motions to suppress statements and/or evidence could be filed.

What is the typical disposition for this type of case?

Domestic abuse cases can be resolved in a variety of manners.  If the case involves a married couple there is the possibility that one spouse can assert the marital privilege and refuse to testify at trial against the other spouse. However, although this is often the end of the case a prosecutor can still precede to trial if there is additional evidence such as other witnesses, a 911 tape, medical records and/or pictures.

If a defendant exercises his or her right to a trial, either by jury or a judge, then the verdict will be either guilty or not guilty.  If the jury returns a guilty verdict the judge can impose a sentence anywhere from probation to two and one half years in the house of correction.

If a defendant wishes to dispose of the case prior to trial there is often a disposition called a “continuance without a finding” that can be imposed and a trial is avoided.  In this situation the case is continued for a period of time and then dismissed provided he or she abides by all conditions of probation and does not get rearrested. This disposition is usually available provided the defendant does not have any or much or a history in the criminal courts and there were no serious injuries.

When the police respond to a call for domestic violence they routinely tell the “victim” that he or she can get a 209A restraining order from the Courts. Not all alleged “victims” avail themselves to this.  If you are a defendant and the “victim” is seeking a restraining order there will be a hearing.  It is important to realize that anything that is said at the hearing can be used against a defendant if his or her case goes to trial. Therefore, depending on the circumstances, it is usually not a good idea to testify at these civil hearings. The order can still be contested by making the argument that the plaintiff did not sustain his or her burden of demonstrating that he or she is immediate apprehension of immediate physical injury and skillful cross-examination.