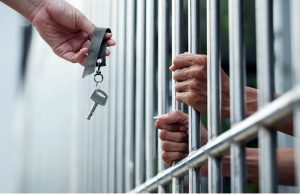 The Massachusetts Senate recently unanimously approved a bill that is geared towards allowing convicted drug offenders to keep their driver’s licenses. The push behind the new bill is to address the issue of how difficult it is for convicted drug offenders to get a job with a criminal record, let alone how difficult it is to get to work without a driver’s license. This tough-on-crime approach is outdated and makes things considerably more difficult for those who have drug convictions. A recent blog post concerning the current state of the law can be found here.

The Present State of the Law

The current law was enacted in the late 1980s, at a time where drug crime was rampant. While at the time the law seemed like a strong deterrent for drug crime activity, the effect of the punishment had a more profound impact than anticipated. The driver’s license suspension associated with a drug conviction effectively served as an additional punishment for those who were convicted. Not only would the convicted have paid the price for their crime either through jail time, probation, or the payment of a fine, but they would also have to deal with the significant consequences of life without a driver’s license.

Even with a hardship exemption available to these convicted offenders, under which they could obtain a restricted license after a certain amount of their suspension has been served, these individuals still have to pay a large reinstatement fee, which often is a hurdle in and of itself.

Hopes for the New Bill

The new bill, S. 1812, would effectively eliminate M.G.L. c. 90, s 22(f), doing away with the license revocation and reinstatement fine for convicted drug offenders, giving these individuals the best chance possible of keeping their lives together after a conviction. By doing away with the driver’s license suspension requirement, convicted drug offenders would be able to get to work, pick up their kids, run errands, attend drug treatment programs, and move on with their lives. The next step for the proposed bill is to be reviewed by the Massachusetts House of Representatives.

While this proposed change in the law will have a significant impact on the lives of convicted drug offenders, the current state of the law means that you will lose your driving priviledges if you are convicted of a drug crime.

When you are facing drug-related charges, it is important that you work with an experienced drug offenses lawyer in order to fight the charges against you.