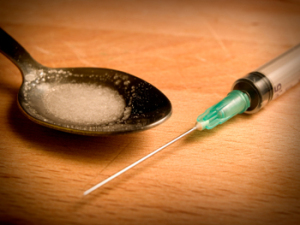 During the course of an unrelated investigation police in Methuen, Massachusetts saw Jose Quesada get into a car bearing New Hampshire license plates. The officers followed the car and learned that the driver, a Salem man had a suspended license. The officers made an inquiry and found the driver in possession of heroin. He was charged with heroin possession and a motor vehicle crime. Meanwhile, the man admitted that he purchased the drugs from Quesada. Quesada was arrested and charged with selling heroin and possession of heroin. The case in pending in the Lawrence District Court.

This case represents a typical drug bust in Lawrence and Methuen. People from southern New Hampshire drive to these cities daily in search for drugs, primarily heroin. They have a contact or simply drive to areas where they have purchased in the past. They meet with people they either know or think are selling the drugs. It doesn’t take them long to find what they are looking for. In their desperation to get the substance they ignore their surrounding environment. They fail to see that they are being watched and followed. Addicts are careless and oblivious. Their only goal is to get drugs as soon as they can so that they can satisfy they needs. These people are easy targets for the police. They first see the out of state plates. They see the driver and passenger looking deliberately for a person. Contact with that person is made by driving up to him or being approached and communicating through a car window.

Then, the person will get in the car. The car will drive around and drop the individual off at or near the location where he was first met by the user. Then the cops watch the driver leave the area. They wait for him to commit a motor vehicle crime or infraction. Then they stop them and find heroin on them or on the seat. Sometimes the cops follow the user to a place where he pulls over and starts to use the drug. The police then approach the person and start interrogating them. Getting them to talk is easy. They are promised that they can leave if they just say where they got the drugs. And guess what? They do it. Right away they let the police know who they got the heroin from. And then that person gets arrested and charged with distribution of drugs, just like Jose Quesada did.

So how would a case like this one be defended? Well from one thing the seller likely did not have the drugs on him when he got arrested. Seasoned dealers take their customers to a location and provide only what that person orders. They do not carry more with them. So the district will have to rely on the buyer’s cooperation if they want to get a conviction. But the buyer will probably not help out. After all, he has a privilege against self incrimination and whatever deal he gets will probably be the same without his cooperation. A case like this one will be scheduled for trial for Quesada. If the buyer does not appear and testify the case for selling drugs will probably get dismissed.

If you find yourself in this position you need a lawyer. Whether you are a buyer or seller of drugs you will get charged with a crime. We defend these crimes. Call us at 617-263-6800 or send us an email to discuss your drug case. We will help you.