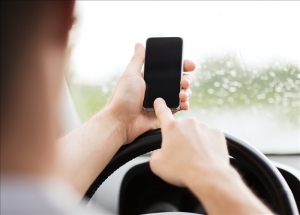 Under Massachusetts law, a “distracted driving” charge is a serious offense than can bring severe fines, penalties, and even result in a charge of manslaughter if the accident resulted in injury or death. For this reason, it is crucial to understand the state’s definition of “distracted driving” and the potential repercussions if you are charged with the offense.

What Is Distracted Driving?

In Massachusetts the technical term for “distracted driving” is negligent operation. This means the suspect was driving while texting, watching a movie, having a phone conversation, disciplining children in the backseat or engaging in any activity that takes their focus off the road. In an Alaska case, a man was convicted of murder after causing a crash while watching a DVD inside his truck. According to a Massachusetts former prosecutor Beth Karas, the goal of the law is to deter drivers from texting while driving. The state is working to develop “distracted driving” laws so the fines and penalties will match those associated with drunk driving.

What Are the Consequences?

In 2012, a Massachusetts teenager was convicted of vehicular manslaughter and sentenced to one year in state prison. 18-year-old Aaron Deveau was texting while driving when his car crossed the center lane and collided with another vehicle. The crash caused the death of 55-year-old Donald Bowley and life-altering injuries for 59-year-old Luz Roman. Deveau received two separate sentences, one for vehicular homicide and one for driving while texting. In addition to jail time, Deveau’s license was suspended for 15 years.

In Massachusetts, if a negligent operation charge is connected with a death or injury, the defendant will be charged with vehicular manslaughter or motor vehicle homicide. While considered a misdemeanor, the penalty for vehicular manslaughter by negligent operation is a minimum of 30 days in jail or 2 ½ years in the House of Corrections and fines of $300-$3000. Any motor vehicle homicide conviction can also result in a 15-year driver’s license suspension. Of course, as the Deveau case demonstrates, state prosecutors can and will seek more severe jail sentencing or fines as they seek to make an example for other drivers.

According to Deveau’s defense attorney, authorities made unfair allegations of negligent driving to use his case as a landmark for “distracted driving” in Massachusetts. Deveau claimed he was not texting at the time of the accident and that fatigue was the true cause of the crash. State District Attorney Ashlee Logan argued that Deveau lied to police about when he was texting and could have erased text messages after the arrest. His attorneys claim it was the prosecution’s goal all along to make the case about texting and driving.

At this point, 38 states have now banned texting while driving, and 31 states prohibit all cell phone use by new drivers. Nationwide, prosecutors are on the lookout for cases that fall under the negligent driving law. If you have received a negligent operation charge in Massachusetts, it is highly recommended that you find an experienced criminal attorney to review the circumstances of your case and accident to avoid a manslaughter charge.

I invite you to contact my law office for a consultation. I provide criminal defense representation to residents of Lawrence, Lowell, Haverhill, Concord, Ayer, Newburyport and throughout Massachusetts.