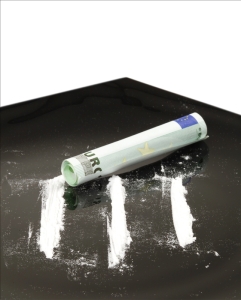 This November, a Dorchester man was arrested and charged with trafficking and possession with the intent to distribute. After a three-month investigation, police searched the home of Julio Figueora and seized 180 grams of heroin, 4 pounds of marijuana, drug paraphernalia, and $4,000 in cash. The same month, police in Bourne arrested and charged Mike Barboza with assault and drug possession with intent to distribute. Barboza alerted police after engaging in a fistfight in his front yard. When officers arrived at the scene to calm Barboza down, they obtained a search warrant and found a marijuana farm in Barboza’s basement. Police estimate the value of each plant to be $8,500.

In July of this year, a JetBlue pilot was arrested and charged with heroin possession outside of Boston Commons. The arrest was part of a raid that led to six arrests, four of which were Massachusetts residents. Two local men included in the arrests were charged with heroin possession and distribution. This case received national attention due to FAA regulations that pilots submit to regular drug testing. In December of this year, two 17-year-olds were arrested in Haverhill and charged with both cocaine and heroin distribution.

In Massachusetts, charges are based solely on the amount of controlled substance found. Therefore, it is frighteningly easy to be charged with drug trafficking. For both cocaine and heroin, 14 grams or more equals a trafficking charge. Possession of 14-28 grams of cocaine can lead to 3-15 years in state prison, while the same amount of heroin can lead to a prison sentence of 5-20 years. For possession of 28-100 grams, sentencing is 5-20 years for cocaine and 7-20 years for heroin. For both cocaine and heroin, possession of 100-200 grams receives an equal sentence of 10-20 years in state prison.   Suspects charged with possessing 200 grams or more of either drug will receive a sentence of 15-20 years. Of course, this does not include the massive court fines, time lost from work, and personal repercussions.

Surprisingly, a suspect can be charged with trafficking even if no drugs are found on their person. All it takes is possession of materials or supplies known as “distribution paraphernalia.” Items such as small scales or plastic bags could be all it takes to trigger a drug trafficking conviction. If the facts surrounding the arrest can be used to support a trafficking conviction, police will not hesitate to make a charge.

Just this year, there have been 138 suspected heroin and cocaine overdoses in Massachusetts. Eleven of those were reported after Thanksgiving.   Massachusetts police are beefing up their efforts to arrest and convict drug offenders. If you or someone you know has been charged with drug possession, distribution, or trafficking, contact me law office for a consultation.