On December 17, 2009 Darlene Walker of Fitchburg was caught with two bags of heroin and three bags of cocaine secreted in her underwear. It is alleged that she intended to give the drugs to an inmate whom she intended to visit. Walker told authorities that she was being blackmailed by the inmate who threatened to show her husband sex tapes of her and her ex-husband. Prison officials refute this defense. They claim to have intercepted telephone conversations showing a romantic relationship between Walker and the inmate. Written correspondence also seems to corroborate these allegations. Walker has been charged with Possession With Intent to Distribute Class A and Class B drugs as well as Possession of Heroin and Possession of Cocaine. The case in pending in the Ayer District Court. 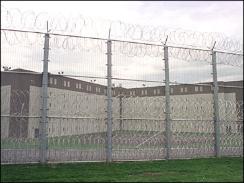 I am often retained by clients who while waiting for someone to post bail spend a lot of time talking over prison phones. Many of them forget, notwithstanding the posted warnings, that the prison telephone calls made between an inmate and someone other than their lawyer can be recorded. Others think they can talk in “code” and that there senseless, contextless statements cannot be deciphered. Guess what happens with these calls? If you guessed that they are used in court as evidence against the defendant you are correct. For over twenty two years I have been representing people accused of committing crimes. I have literally represented well over one thousand people. Never has one of my clients talked the police or district attorney out of prosecuting them. Rather, the talkers usually provide more evidence for the prosecution and make their case worse. All criminal defense lawyers give the same advice. When arrested or incarcerated, do not talk. Nothing positive comes from it. Listen to your lawyer and keep quiet. I am willing to bet that Walker’s conversations with the inmate are what got her caught.

If you are charged with a crime get a lawyer right away. You can call the Law Offices of Stephen Neyman anytime at 617-263-6800. You can contact us online as well. It is never too late to get a good lawyer.