On April 11, 2014 the Massachusetts Supreme Judicial Court held that the emergency aid exception to the search warrant requirement applies to animals. The case, Commonwealth v. Duncan was reported to the Court by a Superior Court judge after ruling in favor of the defense on a motion to suppress evidence seized during a warrantless search.  This issue had never been addressed by the Massachusetts SJC. The facts and rulings are discussed below. 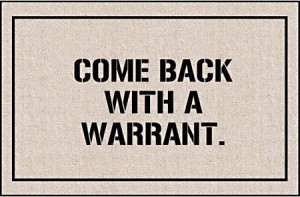 What is the Emergency Aid Exception to the Search Warrant Requirement?

As a general proposition the police cannot enter anyone’s home without first obtaining a warrant to search. The search warrant must be supported by an affidavit establishing probable cause to believe that the area to be searched will likely contain the contraband or the fruits of illegal activity. An exception to this is the emergency aid exception. Pursuant to this doctrine police may enter a home without a warrant in instances where an objectively reasonable person would believe that someone inside the property was hurt or “in imminent danger of physical harm”. In addition, the conduct of the police must be reasonable under the circumstances.

The Facts in Commonwealth v. Duncan

In Duncan the police went to the defendant’s home to serve her husband with a restraining order. The officers saw dogs in the yard, apparently in bad shape. Six days later a neighbor called the police to report two dogs dead in the defendant’s yard. The report said that a third looked as if were starving. The police arrive to hear what they believed to be an animal in distress. They looked over a fence and saw what the neighbor had reported. The officers tried to contact the home owner and occupants to no avail. They then gained access to the property and took custody of the dogs. The defendant was charged with animal cruelty, a felony in Massachusetts.

The defendant moved to suppress the search claiming that absent a warrant the search was unlawful. The trial court judge agreed and allowed the motion to suppress. He rested his decision on the fact that Massachusetts courts had not yet applied the emergency aid exception to animals. He subsequently reported the issue for appellate review. His authority for this action is stated in Massachusetts Rule of Criminal Procedure 34 permitting trial judges to report important issues to the Appeals Court. This process is used sparingly.

The New Rule Where Animals Are Concerned

The decision in Duncan makes clear that the emergency aid exception to the search warrant requirement does apply to animals. The standard remains the same; i.e an objectively reasonable belief that an emergency exists and a reasonable entry under the circumstances. The court ruled that there are other factors to consider where animals are involved. 1) Did a person cause the animal’s condition; 2) what species is the animal; and, 3) what efforts were made to locate the homeowner.

The Law Offices of Stephen Neyman, PC has won cases of all types as a result of prevailing on motions to suppress. Call us if you need a lawyer. We can always be reached at 617-263-6800.