As a Massachusetts criminal defense lawyer I learn something new about laws every day. This is in part because criminal law constantly evolves. It is also due to the fact that not all laws are defined in black and white terms. When Massachusetts laws are vague advocating a particular position might involve comparing our laws to the laws of other states. So, a few days ago a perspective client came into my office to discuss a problem he has relative to having sex with a prostitute. While looking into some interesting legal defenses to his case I stumble upon articles about the state of Hawaii modifying laws to preclude cops from having sex with prostitutes. It came as a surprise to me to learn that at least until now, it was okay for the police to engage in sex with prostitutes and pimps as part of their investigative function. Upon reflection maybe I shouldn’t have been. 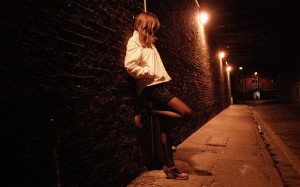 Do Cops in Massachusetts Commit Crimes as Part of Their Job?

Based on hundreds of discussions with clients for nearly thirty years I can conclude the answer is “yes”. I have represented drug dealers who were under investigation for months and sometimes years. During the course of many of these investigations these people recounted scores of instances when they would smoke pot or do lines of cocaine with what turned out to be undercover police officers. These clients made clear that absent seeing the undercover use with them they never would have done business with them. This makes perfect sense. Someone who is using drugs is not going to be a cop; right? I have had similar experience with prostitutes and pimps. They have had intimate dealings with undercover cops who have ultimately busted their operation. And this is the underpinning of the old Hawaii law. Anyone who is going to engage in sex with a prostitute must not be a cop.  At least it was that way.

Are There Any Limits to Police Officer Sex Acts With Prostitutes?

According to several reports police in Hawaii do not have free reign to engage in sex acts as desired. There are non-published internal regulations that the cops must follow. The reason for the secrecy is to prevent prostitutes from learning how far the police can take the act. One thing seems certain. Cops in Hawaii were, at a minimum permitted to have penetrative sex with hookers.

Is This Prostitution Law Hypocritical?

Here is the most interesting aspect of this law. Cops on Hawaii can actually have sex with prostitutes as part of their investigatory function. However, a prostitute is guilty of a crime when she simply agrees to have sex with someone. Advocates of legalized prostitution want a blanket exemption in Hawaii if the cops exemption continues. Opponents of the Hawaii law fear a continued victimization of prostitutes for no discernible reason. It does seem somewhat hypocritical to say on one hand that negotiating a sex act is illegal for the prostitute but having vaginal intercourse, anal intercourse, oral sex and hand jobs for undercover cops are okay.

Attorney Stephen Neyman defends prostitution cases throughout Massachusetts. If properly defended most people charged with this crime for the first time will not have a criminal record. If you have a prostitution case call us at 617-263-6800.  We can help you.