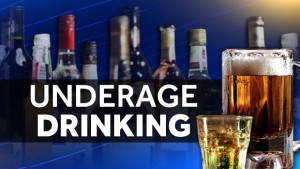 Massachusetts General Laws Chapter 138 Section 34 makes it a crime for anyone to knowingly furnish alcohol to someone under the age of twenty-one. This law is strictly enforced. Typically we see an increase in these charges around this time of year. Graduation parties and gatherings after prom tend to grab the attention of law enforcement. Neighbors complaining about noise, traffic congestion and large assemblies of young people trigger a visit from a local patrol officer. Their response is predictable. Enter the property where the party is being hosted. Question its patrons about their age, take a look into windows and doorways and contact the adult host. Once the officers learn that alcohol is being consumed by minors names are taken, the party is broken up and criminal applications and summonses issue. Furnishing alcohol to minors in Massachusetts is now considered a serious crime and if you are charged with it you need to hire a lawyer.

The law states if relevant part “whoever furnishes any such beverage or alcohol for a person under 21 years of age shall be punished by a fine of not more than $2,000 or by imprisonment for not more than one year or both. For the purpose of this section the word “furnish” shall mean to knowingly or intentionally supply, give, or provide to or allow a person under 21 years of age”. Many people, particularly parents, ignorantly believe that it is okay to permit underage people, particularly high school aged children or kids in college to drink at their home. They rationalize that since the kids are going to drink anyway, why not provide a “safe” environment for them to drink in. They permit them to drink but take their keys. Perhaps their intentions are good but what they are doing is a crime.

Take for example a recent case in an affluent Merrimack Valley community. It was graduation night. A woman told her daughter that she could have a party but that no one could drive to the house. Nor could anyone leave the house until the next morning. The mother knew that there would be drinking but she wanted to make sure that no one was at risk by leaving the house and getting into a car. The mother also discussed this with the parents of everyone who was at the party. So here’s what happened. The party was in the basement. There was underage drinking. The party got loud enough for a neighbor to call the police. The cops went to the house and shined a light on a sliding glass door leading into the basement. They saw alcohol and underage kids. They then knocked on the door and the mother answered. She was asked how old the kids in the basement were. She told them that they had just graduated. They asked her if she knew that they were drinking. She said that she didn’t know for sure but that she suspected that they were. The woman was summonsed to court and charged with violating this law.

Prosecutors Will Try To Make An Example Out Of You

If you get charged with the crime district attorneys will try to make an example out of you. They will ask the judge for a criminal conviction and possibly jail time. This is a hot topic crime right now and it is ripe for prosecution this time of year. Hiring the right criminal defense lawyer might help you avoid prosecution or at least resolve the case without a criminal record. Also, these cases are often defensible. It is very difficult for the prosecutor to show knowledge.

If you have been charged with a crime in Massachusetts call Attorney Stephen Neyman at 617-263-6800 or send us an email. We can defend you starting now.