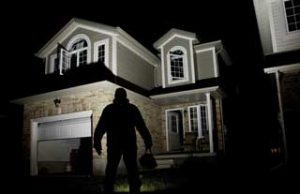 According to a recent article by Boston.com, a 21-year-old ex-boyfriend smashed open his 17-year-old girlfriend’s bedroom window and climbed inside her Worcester apartment early one morning. The suspect was confronted by a witness, and fled from the apartment. He was later tracked down by law enforcement, was taken to the hospital, and was charged with assault and battery with a dangerous weapon and home invasion. Neither the name of the victim or the suspect was released, as this was considered a domestic violence incident.

Home invasion is a scary situation for victims because another person has entered their home without their knowledge. While there are many legitimate reasons why someone would enter the home of another, home invasion is a crime. Home invasion is felony crime codified in M.G.L. Chapter 265, Section 18C. It is a crime that involves:

Home invasion is common in domestic violence situations, or residential burglaries. It is unique because the victim is home at the time of the invasion, which can cause the victim to suffer emotional or psychological harm due to fear. A criminal defendant does not need to insert his or her whole body into the home of another in order to be charged with home invasion. A single arm or foot inside the threshold could be enough to make these charges stick. Furthermore, a dangerous weapon could be just about anything used to inflict harm or threaten someone. Guns, knives, and brass knuckles are well-recognized examples of dangerous weapons, but a big rock, broken glass, or anything else could work. Any item could become a dangerous weapon based on how you use it.

If you are facing home invasion charges, there are a number of defenses you can raise in order to fight them. There are many legitimate reasons why you might have been in the home of another, and the defenses available to you will depend on your particular situation. Talk to an experienced Massachusetts criminal defense lawyer as soon as possible to help you work out a powerful defense strategy that is right for you.

Charged With Home Invasion? You Need a Criminal Defense Lawyer