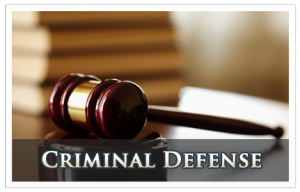 Returning to the saga of Michelle Carter (an early blog post about her alleged crimes can be found here), the teen who allegedly encouraged her boyfriend, Conrad Roy, who was eighteen at the time, to commit suicide, can stand trial for the death of her friend, according to the Massachusetts Supreme Judicial Court. Boston.com recently reported that Carter will have to stand trial for involuntary manslaughter.

The death of Conrad Roy occurred two years ago on July 13, 2014, but it has taken this long for the state courts to decide whether or not Carter should stand trial because her conduct merely involved the use of words of encouragement that lead to Roy taking his own life, rather than Carter having taken some action to prompt the death. Were Carter’s words free speech, or something criminal?

Carter and Roy became a couple after meeting while on vacation in Florida. They engaged in a long distance relationship and communicated extensively through text messaging. Early in the relationship, the text messages revealed that Carter encouraged Roy to seek help for his depression and suicidal thoughts. Later, her messages changed to words encouraging Roy to end it all and take his own life. She allegedly told Roy not to worry about leaving behind his family and friends, and began helping Roy plan how to kill himself. Later, when he was attempting to commit suicide by poisoning himself with carbon monoxide from his truck, Roy called Carter to express doubt about going through with it, yet she allegedly encouraged him to get back in the truck.

This case is one of the first of its kind in Massachusetts, where it could be determined that using encouraging words to help someone commit suicide could be grounds for involuntary manslaughter charges. Massachusetts is one of the few states that do not have a law on the books prohibiting a person from encouraging another to commit suicide, and if Carter is found guilty of involuntary manslaughter, the ruling could have a broad impact on freedom of speech.

The Massachusetts High Court opinion highlighted the difference between this case and other situations in which people are struggling with the idea of committing suicide. Roy was not a terminally ill individual, nor was Carter offering advice that Roy seek help. Carter’s words were more of a systematic campaign of encouragement that Roy end his life. The case will be handled by the juvenile court since Carter was only seventeen at the time of Roy’s death, and thus she was charged as a youthful offender.

When You Need a Massachusetts Criminal Defense Lawyer