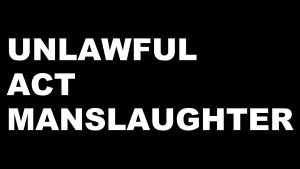 A Malden man is facing manslaughter charges after he allegedly pushed his friend into the Charles river and the friend died as a result, according to Boston.com. Lenny Quintero-Flores, age 27, and his friend Mitchell Harrison, age 26, were sitting on a dock drinking together along the Charles river when Quintero-Flores allegedly shoved Harrison into the water with his feet. Police investigations determined that Harrison was either asleep or unconscious when he was pushed into the water. Harrison suffered drowning injuries before being pulled from the water by police and firefighters. He was rushed to Brigham Womens Hospital but died the next morning.

Quintero-Flores told police and reporters that he and Harrison were friends and that he did not know that Harrison was either asleep or unconscious when he pushed Harrison into the water. The incident occurred at approximately five o’clock in the afternoon and Quintero-Flores insists that the two were simply fooling around. Qunitero-Flores was initially charged with assault and battery causing serious bodily injury according to the Massachusetts State Police, but the charges were changed to manslaughter once the victim died.

When Harrison fell into the water and did not come up again, he suffered serious drowning-related injuries. While he was alive when pulled from the water, his injuries were serious enough to be life-threatening. Thus Qunitero-Flores was charged with assault and battery causing serious bodily injury. But when Harrison died the day after the incident, the grounds for the criminal charges against Qunitero-Flores changed. The circumstances no longer suited a charge of assault and battery causing serious bodily injury, and instead a charge for manslaughter became more appropriate.

When You Need a Criminal Defense Lawyer

Manslaughter charges after an accident can be a tough burden to carry. Not only are you suffering the accidental death of a friend, which may or may not have been your fault, you have to deal with the grief and guilt of knowing your friend is no longer here. Accidents happen, and when an accident happens you should not have to face criminal charges that could completely change your life if you are convicted. Our Attorney has experience and fighting for criminal defendants facing serious criminal charges. Please contact Our Attorney immediately