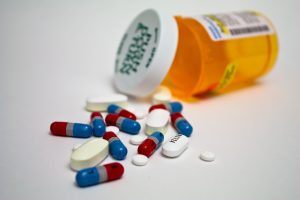 Both illegal drugs and prescription medications have an impact on a person’s ability to operate a motorized vehicle. These substances can inhibit judgement, depth perception and one’s ability to determine how fast they are moving compared to other vehicles – all of which make for dangerous driving. Many people do not believe that they will be caught driving under the influence of drugs, because unlike with DUIs and breathalyzer testing, there is no roadside chemical test for drugged driving.

However, when an officer pulls over a driver for suspected driving under the influence, the officer is assessing the driver for signs of drug use. This can include involuntary muscle spasm, speech patterns that are faster than would be expected or highly excited or, alternatively, speech patterns that are remarkably slow or relaxed in light of being pulled over by law enforcement.

Different types of illegal drugs affect people in certain, fairly predictable ways. Some of the most commonly used illegal drugs, and how the drug impacts driving ability, are discussed below.

If you have been charged with driving under the influence of illegal or prescription drugs, you need to consult with an experienced DUI criminal defense lawyer immediately. In addition to your DUI charges, you might also be facing severe drug charges as well.