Due process is a fundamental, constitutional guarantee that all legal proceedings will be fair and that one will be given notice of the proceedings and an opportunity to be heard before the government acts to take away one’s life, liberty, or property. Also, a constitutional guarantee that a law shall not be unreasonable, arbitrary, or capricious. 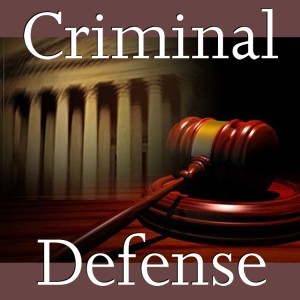 The NFL is facing widespread criticism for its response to domestic assault accusations against league players. Critics claim the league has grossly mishandled these allegations by not responding with quicker and harsher punishments. Politicians like Dianne Feinstein (D-Calif.) argue that a private organization with such a large scope of influence as the NFL is obligated to protect American values. While it is reasonable to expect our sports organizations to rebuke acts of violence, is it reasonable to expect a sports organization to protect the rights of alleged victims before a conviction has been made?

In the case of Ray Rice, former Baltimore Ravens running back, the answer is clear.  A TMZ sports video captured evidence of a domestic assault, and footage of the incident was made available to the NFL prior to its public release. The league terminated Rice’s contract three months after his conviction. While the evidence in Rice’s case was overwhelming, critics say the suspension of Rice is not enough.  Instead, they suggest the NFL respond with the immediate suspension of any athlete suspected of domestic assault, whether or not evidence is present or a conviction is made.

For Ray McDonald, defensive end for San Francisco 49ers, this would mean staying on the bench while awaiting trial for an October domestic assault charge. But is it the responsibility of the NFL to decide the guilt of McDonald, who is presumed assumed innocent until guilty in a court of law? Where do we draw the line between private companies and our public justice system when it comes to determining criminal guilt?

As a high-profile organization, the NFL is acting preventatively by educating their players on domestic violence though a skit-based life skills program. Mandated for all rookies, the program educates players on issues ranging from the dangers of substance abuse, guns, financial scams, and protecting women and families. Zachary Minor, founder of the course, says the aim is to teach players the relationship between their choices, actions, and consequences. The penalty for missing the event is $75,000.  While the NFL is doing what it can to reduce the stigma that comes from such incidents, critics say the league is obligated to take action and stand up for the rights of women. But what about the rights of its players?

As a criminal defense attorney, I have personally witnessed people blatantly lie about being subjected to domestic assault and battery. Fortunately, Massachusetts State law requires alleged victims of domestic assault to provide specific proof that a danger is present before issuing a protective order. Even then, the proceedings are civil, not criminal, until a violation of the order has been made. In the event that a protective order is violated, it is the burden of the district attorney to prove beyond a reasonable doubt that the defendant has committed a crime.

Due process is essential to our legal system because the protection of individual rights is fundamental to justice. If our justice system is designed to protect both sides of an allegation, shouldn’t our private organizations be held to the same ideals?  In any other organization, an employee undergoing a criminal investigation would perform their designated role until a sentencing is made.  Why should it be any different with the NFL?

Do not let mere accusations intimidate you into accepting a plea deal or believe that you have committed a crime. Remember, you are innocent until proven guilty!