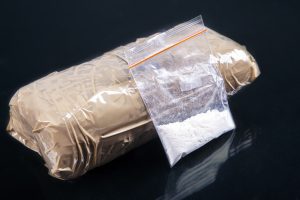 Defend Yourself Against a Drug Trafficking Charge

A drug trafficking charge in Massachusetts is much more serious than straight possession.   If a guilty verdict is reached, you will face serious jail time and fines, in addition to personal and professional losses. Hiring a lawyer experienced in local drug law is the only way to avoid these severe penalties and salvage your reputation. The article examines how to defend yourself against a drug trafficking charge.

What Constitutes a Drug Trafficking Charge?

In Massachusetts, drug trafficking charges are brought on a suspect who was found in possession of a large quantity of a controlled substance, including but not limited to: heroin, cocaine, opium, morphine, and amphetamines. An individual can also be charged with trafficking if they are in possession of materials or supplies known as “distribution paraphernalia.” Items such as small scales or plastic bags could be all it takes to trigger a drug trafficking conviction.

To secure a conviction, the prosecution must prove the defendant was in possession of a certain minimum amount of the controlled substance. However, that amount varies depending on the substance. For both cocaine and heroin, 14 grams or more equals a trafficking charge, and penalties and fines become increasingly severe at the 28, 100, and 200-gram marks. The minimum sentence for a cocaine charge is three years in prison with a maximum of 20 years. However, a heroin trafficking charge carries a minimum sentence of five years in state prison.

Because trafficking charges are based solely on the amount of controlled substance found, it is frighteningly easy to be charged with drug trafficking. Just recently, two young men were charged and arrested for cocaine and heroin trafficking during a routine traffic stop after making a small lane violation. According to The Boston Globe, police searched the car and found 400 grams of suspected heroin and cocaine. The men were immediately charged as criminals and are now held on $50,000 bail.

How to Avoid a Conviction

You could have the case dismissed altogether if your attorney can prove your constitutional rights were violated during the arrest. While the amount of drugs is used to justify conviction, the manner in which police obtain the evidence can be called into question. Most trafficking charges result from the search of a home under a court-issued warrant. Many police officers see the warrant as free reign and often take liberties during their search that could be deemed illegal. If police did not adhere to the rules of the warrant, the case could be thrown out, or the items found could be excluded from evidence.

If any mistakes were made in the issuing of the warrant, or if the investigating officers lacked probable cause, your case could be thrown out. An experienced drug lawyer can protect you from becoming the victim of the inevitable errors of an overworked system.