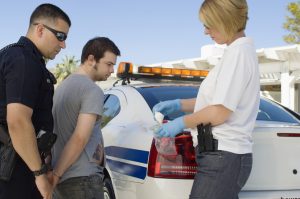 What Charges Will I Face?

Under Massachusetts law, cocaine is considered a Class B substance. The charge for a first possession is one year in jail and $1000 fine. A second conviction carries a two-year jail sentence and $2,000 fine. No matter how “small”, all drug charges result in an immediate one-year suspension of driving privileges. As with other states, sentencing increases in severity with multiple charges. If convicted, you could also lose your right to carry a weapon or be barred from ever obtaining a liquor license to operate a bar or restaurant in Massachusetts.

What Are the Possible Defenses?

To get a conviction, the prosecution has to prove either one of two types of possession: actual possession or constructive possession. With actual possession, the drugs must be found on your person, either in your hand or in a pocket. With constructive possession, the drugs could be found in the trunk of your car or under a couch cushion. This means you could face a charge for possession of cocaine that was stashed under the couch or car seat by a friend or roommate.   In Massachusetts, the prosecution must prove that the defendant knowingly or intentionally took possession of the drug. An experienced attorney can discredit the officer’s testimony or use reasonable doubt to prove your innocence.

Not only must the prosecution prove possession, but they also must prove the item is unmistakably a “controlled substance”. While some arresting officers use their own qualifications or drug recognition training to support their reasons for arrest, a thorough cross-examination could create doubt about the nature of the substance. This is especially possible if the “drug” was not tested through a state drug lab, which is often an overlooked step due to notorious delays.   The court will prohibit the substance from being used as evidence if certification is not obtained within a reasonable amount of time. Another defense strategy is to challenge the legality of the initial search. A skilled attorney can call into question whether the arresting officer had probable cause to even make an arrest or conduct a search in the first place.

Whether you are innocent of all charges or prepared to admit guilt, you deserve a second chance. It is always the prosecution’s burden to prove criminal guilt, and a skilled attorney can help you avoid the worst possible penalties. Hiring a local defense lawyer to review the details of your case could save you from a jail sentence or help you reach an alternative to conviction, like a drug counseling program. If you are a first-time offender, the right defense strategy could lead to your case being dismissed.