The defendant was indicted by a Massachusetts Grand Jury and charged with Trafficking Cocaine over 28 Grams. He was also charged with a School Zone Violation. A Motion to Suppress was filed and argued. It was initially allowed and then denied, an unusual set of circumstances to say the least. Certificates of analysis were admitted against the defendant as proof that the substance found by the police was in fact cocaine. The defendant objected to proof made by such means complaining that his right to Confrontation under the Sixth Amendment to the United States Constitution was violated. On appeal the defendant argued that the United States Supreme Court’s recent decision in Melendez–Diaz v. Massachusetts, 129 S.Ct. 2527 (2009) prohibits proof by such means, notwithstanding that that case has prospective application. The Massachusetts Appeals Court held that the admission of such evidence was not harmless beyond a reasonable doubt where the officers who testified were not qualified to render the opinion that the substance was in fact cocaine. Whereas there was not overwhelming evidence that the substance was cocaine the admission of the certificates of analysis could not be deemed harmless beyond a reasonable doubt. 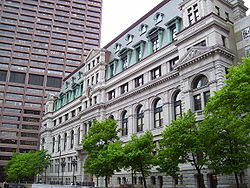 This result shows the value in hiring a good Massachusetts Criminal Defense Lawyer who has experience defending Cocaine Trafficking Cases. The trial lawyer made a timely objection to the admission of the certificates of analysis even before Melendez–Diaz was decided. This preserved the defendant’s right to argue the issue on appeal. His excellent Massachusetts Criminal Appeals Lawyer was able to get him the appropriate relief.

The Law Offices of Stephen Neyman has been defending Drug Cases in Massachusetts for over twenty years. We encourage anyone charged with a crime to call our office at 617-263-6800 or to contact us online.