Threatening to Commit a Crime

Most people do not realize that threatening to commit a crime in Massachusetts is actually a crime itself. Someone who makes a threat against someone or property can be charged with a crime under M.G.L. Chapter 275, Section 2. While a threat to commit a crime is clearly not as serious as actually committing the crime itself, it is still a criminal matter and charges for making a threat to commit a crime should be taken and defended against seriously. The gravity of the charge is fact specific. The more serious the threat the more ardent the prosecution. END_OF_DOCUMENT_TOKEN_TO_BE_REPLACED 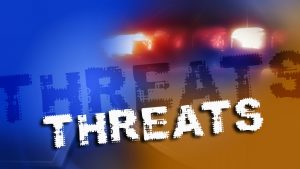 Threatening To Commit A Crime

Many people in Massachusetts underestimate the power that making a threat can have. Most people think that a threat is just words and that it is okay to make idle threats when you are mad. However, Massachusetts law enforcement takes threatening to commit a crime very seriously. Below are a few recent news reports in which people were charged with threatening to commit a crime, to illustrate just how common these cases are. END_OF_DOCUMENT_TOKEN_TO_BE_REPLACED

According to The Lowell Sun, seventeen year old Sergio Figueroa, a student at Lowell High School was escorted out of school and charged with a number of criminal offenses in Lowell District Court including threats, disturbing a school assembly and possession of marijuana with intent to distribute. According to the Sun, after a teacher told him to leave the classroom the student made a motion similar to shooting and made threats to the teacher. Apparently, after the police caught up with Figueroa, he did not have a binder with him that he had with him when he left school. The authorities eventually searched his locker and found a bag containing four smaller baggies of what they believe is marijuana and one-hundred thirty five dollars in cash.

Although all of the facts of the case are not known at this time, it would be important for an experienced defense attorney to examine all of the facts that led to the decision by law enforcement to search the student’s locker. In Massachusetts an individual has a right to an expectation of privacy on his or her person and in his or her home. Depending on the circumstances, this “expectation” can extend to cover motor vehicles. Whether a student has an “expectation of privacy”in his or her locker could depend on the rules promulgated by the school. An argument can be made that it is a privilege to go to school and the students must abide by the rules. However, the constitutionality of any “rules” and whether the proper procedure was followed can often be the subject of a viable motion to suppress evidence.

Filing a motion to suppress evidence is one of the many tools that an aggressive defense lawyer has in his or her arsenal. In cases in which a person is charged with illegal possession of an item i.e., a firearm or a controlled substance, examining the circumstances surrounding any stop, search and seizure is a good place to start in mounting a successful defense. In the event that evidence is suppressed, and the Commonwealth cannot prove its case, the case is often dismissed by a judge or nolle prossed by the prosecution.

END_OF_DOCUMENT_TOKEN_TO_BE_REPLACED

The Salem News reported that a Salem District Court Judge dismissed one criminal count of threats to commit a crime against a Marblehead police officer, forty-one year old Christopher Adkerson of Lynn. Apparently, a distraught Adkerson told his wife that he was going to kill himself and that he would take them too. However, when his estranged wife questioned who he was referring to, Adkerson never specified anyone.

Massachusetts General Laws Chapter 275 section 2 and Massachusetts decisional law provides that in order to be convicted for “threats” to commit a crime a defendant must have both the intention and the ability to carry out a threat and the circumstances must justify apprehension on the part of the recipient of the threat. Furthermore, the recipient of a threat does not have to be the victim of the threatened crime. For example, in the recent case of Commonwealth v. Hamilton,, 459 Mass. 422 (20110) the Supreme Judicial Court held that there was sufficient evidence to convict a defendant for threats to commit a crime when the defendant threatened a probation officer’s daughter because there was evidence that the defendant intended that the threat be forwarded to the officer’s young daughter through the probation officer. A defendant who blocked the path of a car, glared at its occupants, addressed the individual’s with closed fists stating that he would “wipe the grin” off the victim’s face and stopped his car twice close to victim and looking at the victim and his son with a “menacing grin” was appropriately convicted for criminal harassment.

In the Adkersen case, the judge held that Adkersen’s threat was not directed at a specific victim and therefore, the conduct was not conduct forbidden by the statute. According to the News, Adkerson’s conduct had recently been “erratic” however, his wife claimed that he had never been physical with her or their daughter.

END_OF_DOCUMENT_TOKEN_TO_BE_REPLACED

According to The Lowell Sun, Eric Sideri, owner of Angela’s Coal Fired Pizza in Tyngsboro Massachusetts, is being held without bail after his arraignment in Lowell District Court. Sideri is charged with kidnapping and beating up a manager, Oliveira, whom he suspected stole $20,000 from the business. According to reports, after the restaurant closed on Saturday night, Sideri cornered Oliveira beating him up with a baseball bat and a stick. Sideri allegedly stuck a large gun in the manager’s mouth and threatened to kill him if he did not answer questions about the missing money.

According to prosecutors, Oliveira claimed that he was taken to the restaurant’s back door and shown “a white SUV with its tailgate open and blue tarp covered with trash bags inside.” Sideri then allegedly told him, “I will kill you and nobody will know.”

The defendant’s attorney painted a much different picture of the events. The defendant claims that a confrontation occurred after Sideri confronted Oliveira about the missing money. Sideri claims that he acted in self-defense during the incident and that Oliveira fabricated the kidnapping and beating story to offset any charges that Sideri would file against him.

Following bail arguments by both sides District Court Judge Michael Uhlarik ordered that Sideri be held without bail. Sideri returns to the Lowell District Court on Thursday when a “dangerousness hearing” will take place.