Edwin Pagan is from Ashland, Massachusetts. Around 3:30 in the morning yesterday someone reported seeing a man “acting suspiciously” near the Happy Swallow. The police responded and found Pagan lurking in the area. The officers also learned that Pagan had been in a car parked nearby. They went to investigate. They looked into the car and in “plain view” found what they believed to be cocaine in a plastic bag. The officers also found prescription pills in the car. They then learned that the owner of the car was the bartender at the Happy Swallow. The bartender was questioned. He stated that he had given Pagan permission to use the car until 3:00 in the morning, but not after. The bartender denied ownership of the drugs. Pagan was then charged with Breaking and Entering a Motor Vehicle, Possession of Cocaine, a Class B Drug, and Possession of Class E Substances. The case in pending in the Framingham District Court. 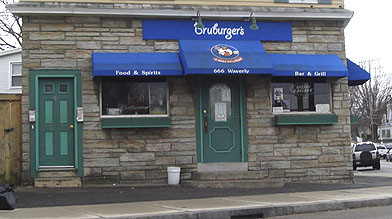 If this article is accurate Pagan has a very defensible case. The bartender’s story makes little sense. Think about it. How many people would say it is okay to use their car until three in the morning but no later, particularly in a situation like this one. Obviuosly Pagan needed to use a car. From this you can assume he also needed a ride home. Pagan lives in Ashland and the bar is in Framingham. Logic suggests that the bartender was his ride. Massachusetts law permits bars to be open until 2:00 a.m. Most close earlier. Towns can regulate the hours of bar operation. If the Happy Swallow is open until 2:00 a.m. you can assume that the bartender will be working later to clean and set up for the next day. Three or three thirty is probably the time he would get off work and drive Pagan home. So when the police question the bartender what does he do? He distances himself from Pagan. He is not going to accept responsibility for the drugs in his car. He blames Pagan and says that Pagan has exceeded his authority to be in his car by thirty minutes. With the help of an Experienced Massachusetts Criminal Defense Lawyer Pagan stands a good chance of winning this case.

If you need a lawyer call us now at 617-263-6800. We have been in this business for twenty three years. You can also contact us online. You will always get a response.