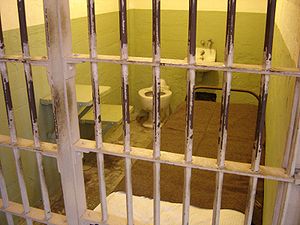 Mandatory Minimum Sentences May Be On The Way Out

Just two days ago an article on masslive.com revealed a bold and hopefully accurate prediction by Massachusetts Supreme Judicial Court Chief Justice Ralph Gants . . . that mandatory minimum sentences will be repealed. A decade or two ago a majority of the Massachusetts criminal defense bar could not imagine this would ever become a real discussion. However, less than three years ago mandatory minimum sentences for some drug crimes were reduced and the threshold weight of drugs for certain trafficking offenses was increased. Perhaps the legislature now understands what Justice Gants’ means when he stated that abolishing these types of sentences “makes fiscal sense, justice sense, policy sense and common sense”.

Someone caught using drugs is usually charged with possession of the substance. However, the current Massachusetts heroin and opiate abuse epidemic has led to the commission of crimes far more significant than possession. Drug addicts typically run out of money. In order to support their habits they commit other crimes. Sometimes drug users prostitute themselves for money or drugs. If they are caught they get charged with sex for a fee or prostitution. A good lawyer will be able to keep them out of jail and maybe even resolve the case without the person having a criminal record. Other drug addicts commit robberies or breaking and entering crimes. They do this to get money or valuables to sell or trade for drugs. Again, the addict can avoid jail for these crimes as well. Yet other drug dependent people resort to selling drugs to support their habit. Many of these people don’t make a dime. They simply get their supply for free. Yet once they get caught, if the drug weights reach a certain threshold they can get charged for trafficking.

Judges Alone Should Have The Discretion To Sentence Drug Dealers

In Massachusetts each county has one district attorney. This person is an elected official accountable to his constituency. He or she in turn appoints a number of assistants. The district attorney establishes “policies” that assistants must follow. Some offices have a policy not to reduce mandatory minimum drug cases. In those counties an addict selling to support his habit is treated the same as someone selling for personal profit or greed. In these jurisdictions the individual’s level of culpability or his motivation behind the commission of the crime means nothing to the prosecutor. Other offices routinely reduce the offense one level in exchange for a guilty plea. So, a trafficking in one county is treated differently from a trafficker in another county because of that elected official’s internal policy. Regardless, neither of these scenarios looks to the individual’s motive for committing the crime.

Judges on the other hand or appointed. They can remain on the bench until they reach the age of seventy. They do not have rigid policies to abide by. They are not accountable to constituents. They should be able to listen to the defendant, his attorney and experts and treat each case on an individual basis. In response to Justice Gants’ comments one district attorney complained that no one should “leave to chance the idea that 400 judges have 400 different views on how defendants who commit drug offenses ought to be sentenced”. The fact that judges may have differing views on an appropriate sentence highlights the argument for the abolition of mandatories. People have differing levels of responsibility for their actions. People have differing motivations for their actions. People have differing backgrounds and histories that should factor into the length and structure of their sentence. No two cases are identical. Each should be treated individually.

Notwithstanding the disparity of treatment of defendants charged with drug crimes from county to county our office has enjoyed great success trying and resolving drug cases. If you are facing a mandatory minimum sentence call the Law Offices of Stephen Neyman now at 617-263-6800. We will help you.