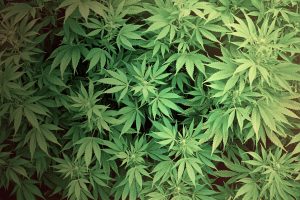 Sometimes crimes can seem like something out of a movie or television drama once all of the facts surrounding the case come to light. A recent incident involving a Massachusetts high school dean and his alleged involvement in a drug ring rises to a level of Hollywood drama worthy of an Emmy nomination.

The Boston Globe reports that Reverend Shaun Harrison, age 55, was a dean of academy at English High School with a lengthy history of community involvement. He also had a reputation as an anti-violence advocate, and had worked with law enforcement on efforts to discourage illegal drug use and violent crimes. He had worked at several schools over the past five years and had been known to attend several different churches over the same period. Upon a cursory look, no one would suspect that Rev. Harrison was leading a double life.

However, delving a little deeper, there have been reports and a number of instances in which Rev. Harrison had been reprimanded at his job for inappropriate conduct and communication with students. In addition to this, last summer police received a number of anonymous tips and complaints, alleging that the reverend was involved in suspicious drug activity at his apartment. When police staked out Harrison’s apartment, there were no signs to support the allegations. Rather, the activity at the reverend’s apartment was inconsistent with suspicious drug activity, as guests and visitors stayed for extended periods of time during their visits.

The image that Harrison put out to the world quickly unraveled on March 3, 2015. On that day, Harrison engaged in two separate instances of violence, both involving students at his school. In the morning, Harrison was involved in an altercation with a female student, whom he shoved. This act alone cost him his job. However, later that same day, Harrison shot another student execution-style in the back of the head. The shooting was captured on video surveillance.

The Drugs and Guns

The teen who was shot by Harrison survived the incident and now has the bullet lodged in his cheek. The victim told police that he had been selling marijuana for Harrison for the past several months, and had been led on a walk under false pretenses when he was shot by Harrison in the back of the head. This lead police to investigate Harrison’s apartment where they found numerous weapons and illegal drugs.

Harrison was also linked to three other men who were believed to have helped remove evidence from Harrison’s apartment. The group is further suspected of being involved with a drug ring and police are investigating these drug ring allegations further.