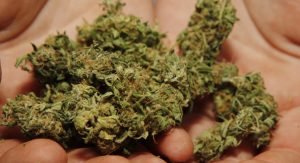 Could Marijuana Become Legal in Massachusetts?

What Does The Proposed Legislation Entail

The proposed bill focuses on two main aspects of the legalization of marijuana. First, it focuses on the regulation of the business of marijuana, which includes details concerning how commercial retailers, processing and testing facilities and cultivation centers would require proper licensure in order to conduct business involving marijuana. Second, the bill addresses how the average citizen can purchase, use and possess cannabis.

The Business Behind Marijuana

One of the main goals of the bill is to provide a framework for how a legitimate marijuana industry would work in Massachusetts. Under the bill, businesses that are interested in taking part of the marijuana industry at any level, from cultivation, to testing, to packaging, to selling, will be required to comply with certain rules and regulations, and will be required to obtain a license in order to operate. The purchase of business licenses adds to the revenue stream associated with the legalization of marijuana.

Personal Marijuana Use, Possession and Purchase

Under the proposed bill, it would be legal for those aged 21 and over to possess and grow a small amount of marijuana for their own personal use. There is a limit on the amount that could be grown for personal use, and possession would be limited to 10 pounds, so as to direct consumers who choose to participate in the cannabis trade to do so through licensed retailers.

At The Very Least, The Bill Starts A Conversation

Other states have already legalized marijuana, and by doing so have paved the way for other states, like Massachusetts, to follow in their footsteps. These other states have already set up working business and regulation models for the marijuana industry, and have reaped the benefits of reduced crime and huge tax revenues. Even if the bill ultimately fails, the hope is that by putting the bill on the table, legislators will engage in a comprehensive and deliberative conversation about the issue of marijuana legalization in Massachusetts.

While the idea of legalizing marijuana may be floating around in the state legislature, for the time being it is still a criminal offense to be caught in possession of marijuana or dealing it. If you have been arrested and charged with a drug crime, you’ll need legal representation with the skills and knowledge that only years of experience can provide.