Karen Morla Ramos is from the Domincan Republic. She was flying on JetBlue and questioned at a border checkpoint. Law Enforcement officers became concerned about the candor of her responses and conducted a pat down search. They found Ramos concealing cocaine in something resembling a diaper. The amount of cocaine in her possession exceeded one thousand grams. Ramos now stands charged with Trafficking Cocaine Over Two Hundred Grams. If convicted she will have to serve a fifteen year mandatory minimum sentence. She is currently being held on ten thousand dollars cash bail. 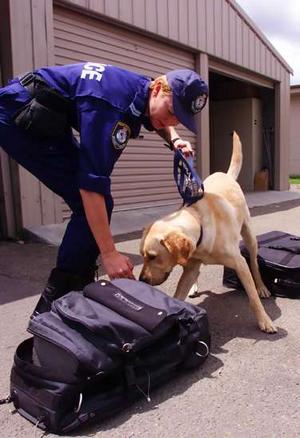 Drug smuggling takes on many forms throughout Massachusetts and the entire country. An article on http://investigation.discovery.com/investigation/drug-mules/smuggling-slideshow.html discusses several methods of smuggling drugs. One involves swallowing the substance which is sealed in a balloon or condom. The smuggler or “mule” then takes laxatives to get the drug out of his or her body. This can be dangerous particularly if the balloon breaks. Sometimes drugs are smuggled in computers. Bras have been filled with drugs. Drugs have been stuffed into animals and bugs. Other people smuggle drugs through soles of shoes. Children are used to carry drugs through airports as well.

Ramos’ method for cocaine smuggling is somewhat unique. It appears that her best chance for success in her defense is a challenge to the airport search. Two questions must be addressed when deciding this issue. First, was Ramos free to leave. Second, if Ramos was not free to leave, did the police have reasonable grounds for suspicion, which would put their conduct in the clear. Ramos’ fight will be a tough one for her Massachusetts Criminal Defense Lawyer.

Attorney Stephen Neyman and his staff have represented countless people throughout the court of the Commonwealth of Massachusetts including the East Boston District Court. Call us now if you need representation. You can reach us at 617-263-6800 or you can contact us online.