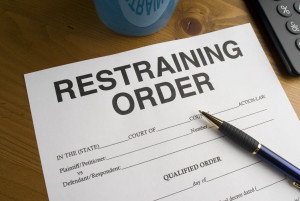 You Need a Lawyer for a Restraining Order Hearing

Criminal defense lawyers in Massachusetts spend lots of time sitting in courtrooms waiting for their client’s cases to be called. The time is often occupied by conferencing cases with the assigned district attorney, reading the advance sheets and chatting with colleagues. Somedays, like today, I find myself watching and listening to the cases that are being heard before mine. One of these cases reinforced my strong belief that you need a lawyer for a restraining order hearing. Here is why.

Restraining Orders Can Be Improperly Used as Weapons

The case I am referring to involved a woman who brought a restraining order against her ex-husband. She alleged that she was afraid of him and that her safety was at risk. The woman was representing herself. Her former on the other hand had an attorney with him at the hearing. This attorney was excellent. It turns out that this lawyer was very much aware of the couple’s relationship. She had reviewed the divorce history and court papers filed in that venue. This lawyer quickly adduced from the complainant certain facts that revealed her motive from bringing the restraining order request in the first place.

All of this and more was brought out at this hearing by the attorney representing the defendant. It became clear to everyone in the courtroom that the plaintiff was using the restraining order process as a weapon and not for legitimate protection from abuse as the law requires.

Without an Attorney the Restraining Order Might Have Been Issued

All too often I have seen restraining orders issued in situations where they simply should not have. This usually occurs when someone represents himself at the hearing. People innocently think they can just go into court, tell the truth and that justice will be done. This is not always the case. Your chances of success improve significantly when you are represented by an experienced lawyer. This is particularly true in restraining order cases.

Three Decades of Experience Defending the Accused and Restraining Orders

Attorney Stephen Neyman has been defending people accused of committing crimes and restraining orders for nearly thirty years. We encourage you to view our case results page to learn more about our business. We can be reached 24/7 at 617-263-6800. Call us now to discuss your case.