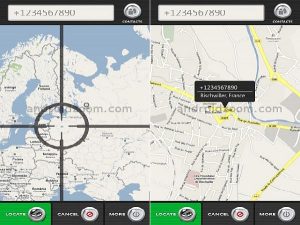 The recent revelation of a non-disclosure agreement signed by the Boston Police Department at the request of the FBI has raised some concerns in the criminal defense world after a public records request generated proof of Boston PD’s investigation activities. The Boston Police Department admitted publicly to entering into a non-disclosure agreement with the FBI concerning cell phone tracking technology. Cell phone tracking is a controversial investigative technique at this point in time because it is used by many law enforcement agencies, but there are privacy concerns over whether using cell phone trackers should be authorized.

Harris Corporation, a Florida-based wireless technology company, notified the FBI of the Boston PD’s interest in acquiring some wireless collection equipment and technology from them to be used to conduct electronic surveillance. The purpose of the non-disclosure agreement was to keep the fact that the Boston PD had access to and was using this type of technology a secret, so that criminal suspects who were placed under surveillance using the wireless collection technology supplied by Harris Corporation would not grow wise to the surveillance or implement countermeasures to block detection by the technology.

What Can Using Cell Phone Trackers Technology Do?

The technology can be used to pinpoint the origin of emergency calls made from cell phones, and can also be used to pinpoint a suspect’s physical location. The suspect can also be tracked in real time and with remarkable precision. Police departments in other jurisdictions have successfully used this technology to track suspected kidnappers and petty theft suspects, according to an article by USA Today.

Boston PD is Not Alone

It turns out that a number of law enforcement agencies across the country have similarly signed non-disclosures concerning this cell phone tracking technology. What is unclear at this point in time is how frequently local law enforcement agencies are using this type of surveillance. It is unclear what types of investigations the technology has been used for, what the legal authority allows the Boston PD to use the technology in the first place, and what the exact purpose of this tracking is.

Being charged with a crime is a serious matter. However, law enforcement should be conducting criminal investigations in a way that is legal and authorized by law. Our Attorney has been working with criminal defendants and can review your case for any impropriety committed by law enforcement handling your case. Please contact Our Attorney immediately either online .