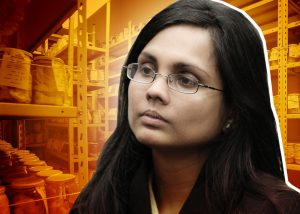 In November the Massachusetts Supreme Judicial Court struggled with the question of how about best to handle the aftermath of the Dookhan drug testing lab scandal, according to the Boston Globe. Annie Dookhan worked as a chemist in a Massachusetts drug testing lab where she produced test results that were used in over 24,000 criminal cases as evidence against defendants accused and convicted of drug crimes. The problem is that because Ms. Dookhan mishandled at least some of the drug samples for a fact, and falsified her test results data, countless criminal defendants may have been convicted on bad evidence.

The state Supreme Judicial Court is trying to decide how to handle the more than 24,000 criminal drug cases and which Ms. Dookhan had handled the evidence, and appears to be struggling with the decision. Arguments to the court lasted more than 90 minutes, which is an unusual length of time for an appeals court hearing. The arguments took so long because the justices had many questions.

The defense attorneys for the criminal defendants are arguing for a full dismissal of the cases that were handled by mistake by Ms. Dookhan. They question the integrity of the criminal justice system if innocent people were convicted of crimes they did not commit because of bad evidence. The American Civil Liberties Union also supports the idea of dismissing all of the affected cases, stating that the affected criminal defendants have been denied jobs and housing, and some even face deportation, because of convictions based on mishandled or fake evidence. Under this approach, the criminal cases affected by Ms. Dookhan’s misconduct would be dismissed and the state prosecutor would have a set amount of time to decide if some of the cases should be retried by the court.

Additionally, the sheer volume of cases makes this situation difficult to practically handle in any other way. Furthermore, is it right for defendants to have to bear the burden of going through an appeal when someone else’s misconduct landed them in their current convicted state?

The state’s position is that the cases should be allowed to work themselves through the criminal appeals process, rather than be dismissed. In this way, each case could be reviewed on its individual merits. There may be other evidence in a given case that would justify a conviction aside from the evidence that Ms. Dookhan’s mishandling had tainted. The prosecution believes that it should be enough to simply inform those criminal defendants who are affected by this ordeal that they have a right to the criminal appeals process.

Anyone who has been convicted on mishandled or fraudulent evidence needs to have a good criminal defense attorney fighting for his or her rights. While situations like the one involving Ms. Dookhan do not happen frequently in the criminal justice system, they do exist and innocent people are convicted as a result. If you have been charged with a drug crime, then you need to speak to an experienced Massachusetts criminal defense lawyer immediately.