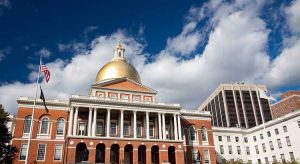 Recreational Use of Marijuana

What Stays the Same

Under the law, smoking marijuana will be treated just the same as smoking tobacco. Users would be able to smoke in public but must do so in accordance with the laws that are imposed on smoking tobacco. Also the legalization of marijuana will have no impact on the state’s DUI laws, and you can still be charged and convicted for driving under the influence of marijuana. People looking to purchase marijuana must buy it from licensed distributors, and must provide a government issued identification card as proof of age when making a purchase.

Not Everything Regarding Marijuana is Legalized

While it will be legal to possess small quantities of marijuana in Massachusetts, there are many activities associated with marijuana that will be illegal. For instance:

While the laws are changing concerning how Massachusetts handles the possession of marijuana for personal use, there are still a lot of activities associated with marijuana that are illegal. You can still be charged with marijuana-related offenses.

If you have been charged with a marijuana-related offense or any other drug offense in Massachusetts, it is important to get into touch with an experienced criminal defense attorney as soon as possible.