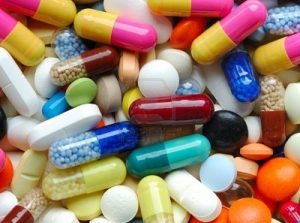 The Boston Globe recently reported a story about a settlement that Massachusetts General Hospital will pay to the federal government after allegations that the hospital’s lax internal controls over employee access to controlled substances resulted in the theft of thousands of prescription pain medication pills. Drug diversion, which is the use of controlled substances for nonmedical purposes, was alleged against the hospital after it was discovered that a handful of nurse employees were stealing oxycodone and other painkillers over a period of three and a half years, spanning from October of 2011 until April of 2015.

The reserves of controlled substances that a hospital pharmacy generally holds is for use by the patients of the hospital, and when drugs are stolen from the hospital pharmacy patients that truly need those medications are unable to get access to them. Although Mass. General Hospital attests that no patients were deprived of the medications that they needed as a result of the nurses’ criminal actions, drug diversion has the potential to endanger patients and also puts illegally obtained drugs on the streets.

Allegedly, the nurses who were involved in stealing the prescriptions did so for a long period of time and took many thousands of pain pills. The nurses also allegedly suffered from addiction to the medications that they stole, and were allegedly abusing these drugs, even while on the job.

In addition to paying the settlement, Mass. General has promised to implement several new programs and precautions designed to reduce and hopefully eliminate the risk of drug diversion happening within its facility in the future. For instance, the hospital has promised to:

The settlement of $2.3 million dollars being paid by Mass. General is the largest settlement ever made to a federal agency over allegations of drug diversion.

Addiction is a serious issue, and people with addiction find it difficult to control their actions. Their addiction can drive them to engage in criminal activity, like possessing controlled substances, using them, and stealing them, even if it means endangering themselves, their families, or their jobs. Our Attorney understands that the power of an addiction can cause you to do things you might later regret. Our Attorney works with clients who are facing drug charges and helps them get fair and reasonable treatment under the law, and she tirelessly fights for her clients’ rights. Please do not hesitate to contact Our Attorney immediately reaching out to her online.