During the course of my career as a criminal defense attorney I have seen an increasing number of parents being charged for using force to discipline their children. The degree of force has ranged from a benign “grabbing” to more significant striking. Usually, these criminal charges were deemed indefensible in the sense that using any force for the purpose of discipline against a child would not be accepted as a defense in court. Thus, these cases were resolved by pretrial probation or continuances without a finding when in fact there should have been legal mechanism available for defending these allegations. Recently, the parental privilege defense was examined and approved in the Commonwealth. 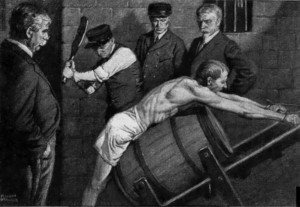 Proper Use of Force in Disciplining Children is Now a Defense

About nine months ago the Massachusetts Supreme Judicial Court broke ground in the case of Commonwealth v. Dorvil, 472 Mass. 1 (2015). The primary issue in that case is whether a parent can be held criminal responsible for the use of force in disciplining a minor child. This defense has not been codified in Massachusetts, nor had it clearly been established or accepted for use in criminal trials until Dorvil was decided.  The Court in Dorvil agreed that some sort of articulable rule should be put in place to allow parents “use limited physical force” for disciplinarian purposes while “protecting children from punishment that is excessive in nature”.

What is the Rule on the Use of Force in Disciplining Children?

The rule established in Dorvil is as follows: a parent cannot be convicted for a criminal offense where the force used against the child is reasonable, the force is reasonably related to the purpose of raising or punishing the child and the force is reasonable from both a physical and emotional perspective. The Court suggested a jury or judge consider certain factors in determining the reasonableness of force used. The age of the child, his mental and physical condition and the act committed are to be factored into the analysis. In examining whether the force used was extreme the Court was more general. As with other affirmative defenses, it is the burden of the district attorney to prove beyond a reasonable doubt that one of the prongs of the defense was not present.

I have a couple of thoughts on the influence of Dorvil going forward. I imagine that now police officers will use more discretion or restraint in making arrests or initiating criminal actions involving parents who discipline their children with force. Similarly, the prosecutors reviewing these cases for prosecution might further investigate the allegations more thoroughly before moving on a case like this. Defense attorneys might be able to avail themselves of pretrial motions to dismiss based on this defense whereas before no such possibility existed. Certainly, defenses can now be crafted around this defense and the instructions given to the jury in these cases.

The Law Offices of Stephen Neyman, PC has been defending crimes like this for nearly three decades. Our results are unmatched. Call us at 617-263-6800 or email our office with any questions. We are always open.