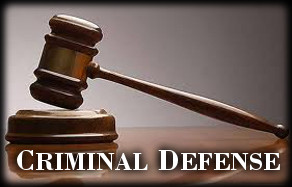 Consider the following hypothetical scenario: A jealous man comes home from a business trip early and finds his wife in bed with someone else. Gripped by betrayal and rage, the jealous man attacks the other man, beating him severely. The jealous husband does considerably more harm to the other man than is reasonable in this situation. The wife, in a panic, calls the police. Once the police arrive, the jealous husband is arrested, the other man is hospitalized, and the wife is left shaken and scared.

The jealous husband will likely be charged with assault with the intent to kill, which requires three elements:

The first and second element are straightforward, but the third element can make this type of criminal case complicated.

What is a Mitigating Circumstance?

Virtually every person can relate to the idea of acting out during a heated moment in a way that you might later regret once heads have cooled and you have had time to reflect. But the reason you acted out in the first place is that you were reacting to a provocation. Someone or something triggered an emotion in you that made you lose control. This is the premise behind the mitigating circumstance of heat of passion upon reasonable provocation.

Case law created by the Massachusetts court provides guidance on this topic. In order to be a mitigating circumstance, the actions the defendant took while consumed by the heat of passion must have been reasonably provoked. To say this another way, the provocation must be to such a degree or effect that it is reasonable that the provocation would create an intense emotional reaction in another. Heat of passion also requires that there is no time between when the provocation takes place and the subsequent assault or attempted killing for the defendant to have a chance to calm down. It is also required that there be a causal link between the provocation and the subsequent assault or attempted killing.

Words alone are never considered by the courts to be reasonable provocation to warrant an attempted killing. However, if you or someone you care about has assaulted someone, or nearly killed them after a provocation that reasonably would have induced a highly-charged emotional response, there may be support for a mitigating circumstance in a violent crime.