According to reports in the Lawrence Eagle Tribune DEA agents working our of New Bedford had been investigating a Heroin Trafficking ring involving individuals from Lawrence. One of the members was arrested with eighty five grams of heroin. As a result a Search Warrant issued for an apartment on Union Street in Lawrence. An informant told the police that he had purchased at that apartment. This individual reported that he would arrive at the apartment and one the occupants would go out and return shortly with the heroin. During the search an individual questioned by the police indicated that he lived in another apartment down the hall. He apparently consented to a search of that unit. During the search officers found over five kilograms of heroin. The estimated street value of the substance is over three million dollars. In all the police located and arrested six individuals. All were charged with Trafficking Over 200 Grams of Heroin. The case will be prosecuted in the Essex County Superior Court in Salem. Bail for each was set at five hundred thousand dollars. The defendants have been identified as Victor Guerrero Santana, Francisco Rivera, Jose Pizarro, Oveido Lopez, Luis Gonzalez and Elvin Ruiz. 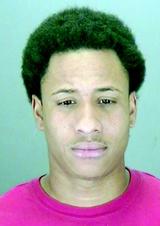 Charging everyone present at the scene of a large drug bust is a common yet flawed law enforcement tactic. The article suggests that some of the defendants were at best “present only”. In the past I have blogged on this issue. Presence alone is not enough to sustain a prosecution for drug offenses. There must be some criminal activity in which the accused is involved and there must be an intent on that person’s part to engage in or assist with the criminal act. When looking at this article it is difficult to ascertain who is responsible for what, if anything. An Experienced Massachusetts Drug Defense Lawyer will attack the arrests and charges and perhaps in some cases obtain a dismissal for one or more of these defendants.

Our office defends the accused throughout the state with great success. You can call our office at 617-263-6800 to discuss your case. All calls are confidential. You can also reach us online.