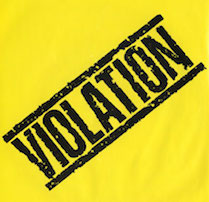 In Massachusetts, probation violation hearings differ significantly from trials and some other proceedings in criminal cases. The Supreme Judicial Court made clear in Commonwealth v. Durling, 407 Mass. 108 (1990) that probation violation proceedings do not afford to the defendant the same protections as one gets at trial. One thing that was unclear until recently was whether or not a probationer has the right to confrontation at a probation violation hearing. Following the decision in a recent SJC case, Commonwealth v. Hartfield, the answer is seeming yes. The facts of that case and its holding are explored below.

In Hartfield the defendant was on probation out of the Dorchester District Court for a class D drug conviction. He was given a probation violation notice after being charged with a more serious crime (aggravated rape) in the Superior Court. At the probation violation hearing the probation officer presented evidence adduced before the grand jury that the defendant raped a woman in her home. The rape victim did not testify at the hearing. Rather, her story was admitted through the probation officer who testified to a summary of her grand jury testimony. The defense wanted to counter this allegation by calling the victim as an adverse witness at the hearing. The judge did not permit this, the hearing continued and Mr. Hartfield was found in violation of his probation. On constitutional grounds the SJC reversed.

Hearsay Evidence Can be Used in Probation Proceedings

Presenting hearsay at probation violation hearings is permitted in Massachusetts. As a matter of fact, most probation violation hearings are conducted exclusively through the presentation of hearsay evidence. Usually, the defendant prefers that the alleged victim does not appear at this type of proceeding. The defense would rather introduce evidence showing that the allegations are false and not have them substantiated at the hearing by the alleged crime victim. The defense also wants to avoid preserving the testimony of alleged victims in the event that they decide not to testify later in the new criminal proceeding. However, this was not the case in Hartfield.

In Hartfield the defense strategy at the probation violation hearing was brilliant for two distinct reasons. One, the alleged rape victim was a known liar. Her story about the sexual assault was viewed by her own mother with skepticism. She most likely would not have been able to adequately recall with sufficiency the details of her lies before the grand jury. Second, and more importantly, cross-examining the alleged rape victim at the probation violation hearing would likely have provided the defendant with ammunition for his defense in the Superior Court sexual assault case.

Attorney Stephen Neyman has been defending people accused of violating their probation in Massachusetts for years. We have an unmatched track record. Call us at 617-263-6800 or email us if you have any questions. We can help you.