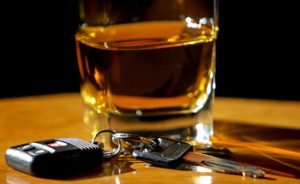 Frequently when a passenger is killed in an automobile accident, the police will determine if there is any criminal liability on the part of the driver for the victim passenger’s death. When there are signs that the driver may be drunk, DUI charges are filed against the driver in addition to charges related to the death.

These charges could be:

Facing any of these charges after accidentally killing a passenger can be overwhelming and stressful. It is most likely that the accident was a terrible mistake and that you regret what happened immensely. The fact that you are facing serious criminal charges makes things that much worse for you, and it can be a tough situation to deal with.

You need a lawyer who will work hard to present your strongest possible defense and who will take steps to protect your future in light of your particular circumstance. In some cases, it may be possible to have your charges reduced to a lesser charge, e.g., downgraded from vehicular manslaughter to felony vehicular homicide, or dismissed altogether. A good defense lawyer will work hard to identify any weaknesses in the prosecution’s case against you, such as errors in the police investigation or police procedure when determining whether you were under the influence at the time of the accident.

Criminal charges such as vehicular homicide and vehicular manslaughter are serious. Not only did your passenger lose his or her life, and you must deal with your grief and guilt about that death, but you can also face serious consequences for making a terrible mistake. When you need help with vehicular homicide or vehicular manslaughter charges, Our Attorney will explore every possible defense that may be available in your particular case. If DUI charges are also involved, Our Attorney can help with your DUI defense as well. Please do not hesitate to contact DUI defense Our Attorney