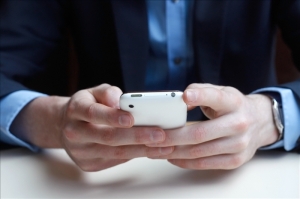 Prosecutors Can Use Your Social Medial Information Against You

Believe it or not, there are virtually no laws limiting the way police and prosecutors use your private information online.  For this reason, social media sites have become a veritable playground for criminal investigators.  Information is used to defame a defendant well before trial and even used at times to lead to an arrest.  Prosecutors looking for ways to seal their case will scourge information in these accounts to defame the defendant’s character.  The smallest post or picture can be twisted to support their case. For the reasons below, consider suspending all social media use or consult an attorney on how to repair any damage that has already been done. Remember, prosecutors can use your social media information against you.

How Are Police Using Social Media Accounts as Evidence?

Social media outlets are the new bread and butter of police investigation.  A survey by the International Association of Chiefs of Police showed that 88% of law enforcement agencies have used information from social media sites to aid in a criminal investigation. Police departments across the nation are beefing up their investigative resources related to technology. Social media experts and analysts are now being staffed in-house. Police are given the green light to order companies like Twitter, Facebook, Tumblr, and more to freeze the private information of account holders.

Cincinnati has gone so far as to develop a Real Time Crime Center that analyzes data from a variety of social media sites.  This information is then used to cast a negative, character-defacing image of the defendant.  Recently the RTCC stumbled upon video footage of an armed robbery on social media.  The film was made and uploaded by the perpetrators themselves. However, it was discovered during an entirely separate investigation.  This did not stop the team from using it as direct evidence in a criminal case.

Why is This a Problem for Me?

Because of the accessible and personal nature of Facebook, Twitter, Instagram, and other social media sites, a simple tweet or status update can be a weapon against your character. Even more shockingly, Facebook willingly provides information to authorities that is assumed to be private by its users.   All a police officer has to prove is that the information shared on the site somehow is a “violation to Facebook terms,” and they can immediately seize profile information as well as private messages and photos.   While other companies, such as Twitter, are less cooperative with police, a subpoena or warrant allows police to immediately freeze any type of account and access all information held within.

Just last November, a judge ruled that investigators could not only collect the private Twitter records of a suspect but could prevent the suspect from discovering if any other account information had been accessed by police. This is all despite Twitter’s resistance to disclose the personal information of its users before giving them advanced warning.

What Should I Do Now?

Before you present your case in court, your character can be assaulted through these private windows of personal exchange. If possible, directly after an arrest, suspend or close all your social media accounts.  Also avoid posting any additional information or photos online.  Finally, consider consulting with a criminal attorney who can help you repair any damage that may have been caused by the unfair access to your private information.

As a Boston criminal defense attorney, I know first hand the harm social media activity can cause in regard to criminal proceedings for domestic assault and battery. I invite you to contact me for a case consultation.  I provide criminal defense legal representation to residents of Lawrence, Lowell, Haverhill, Concord, Ayer and Newburyport, Massachusetts. to speak with me directly.