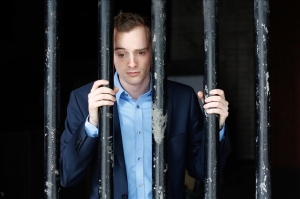 Challenge the Prosecution in a Domestic Assault Case

Few things are more damaging to a person’s professional and public reputation than a false accusation of domestic assault.   However, too many defendants assume the system errs on the side of the alleged victim.  The truth is that with swift action and a skilled criminal defense team, justice can be reached.  The following are a few of the most effective defenses used by skilled defense attorneys to obtain a fair exoneration for their clients who were wrongfully accused. Always remember to challenge the prosecution in a domestic assault case.

Far too often a “victim” will accuse a spouse or partner of domestic assault to gain an advantage in a custody or divorce battle.  However, when this happens there are almost always holes in the complainant’s testimony.  A defense attorney can examine the alleged victim and lock them into a detailed report of the “incident.” Their story can be later compared with the original testimony to demonstrate inconsistencies or falsehoods.  This type of defense is one of the strongest, as it casts doubt about the character or motivations of the complainant.  But you have to act fast before the “victim” has time to rehearse their story.

Regardless of the stereotypes, both men and women have been exonerated of domestic assault charges.  If the defendant acted in self-defense skilled attorney can find evidence to prove the complainant was the initial aggressor.  For example, a New York defendant was exonerated after ATM footage showed the complainant initiating a physical assault upon the accused.  Also, photos of bruises, cuts, or rips in clothing could be used to demonstrate your innocence if the attorney can tie them to the defendant’s testimony of the incident.

Personal histories are used to support both sides of a domestic assault case. If the complainant is accusing you of violent behavior, have your attorney seek out other witnesses who can speak on your behalf. If a neighbor, friend, or colleague can state that the complainant is the one who behaved violently or has a history of belligerent behavior, you can invalidate their claim.  But act fast to secure witness testimony.  Weeks or months after your arrest could be too late to establish this defense.

In some cases, a complainant will accuse one person of an assault or injury that was caused by another party.  To defend this type of allegation, an attorney could track down evidence to support your whereabouts at the time of the incident. Or, your attorney can find a reliable alibi who can support your innocence by asserting that you just were not there at the time of the alleged assault.

Poke Holes in the Case

The burden of proof is always on the prosecution.  If sufficient eye-witness testimony or physical evidence is missing, the prosecution has no case. An attorney can demonstrate to the court that the accusations are nothing more than a “he said/she said” scenario.  With the right defense team, exoneration could come quickly and easily in these cases.

While a court must take accusations of domestic assault seriously, our justice system is designed to protect both the safety of the complainant and the rights of the wrongfully accused.  If you find yourself on the other side of a false domestic assault accusation, hire a criminal defense attorney immediately.  A strong defense is essential to protecting your rights, freedom, and reputation from the abuse of the law.