Linda Ricciardelli is forty three years old. She is a bus driver. She has been charged with Trafficking Heroin and Trafficking Oxycontin. She is also facing Gun Charges in the Lynn District Court stemming from the same investigation. According to the Salem News an investigation started after Ricciardelli’s neighbors made unspecified complaints to police. A series of controlled buys of drugs from Ricciardelli was conducted. Yesterday she was arrested after selling one hundred fifty eighty milligram Oxycontins to an undercover person. Ricciardelli’s home was subsequently searched. The search revealed a substantial amount of cash, heroin and Percocets. Previous undercover buys from Ricciardelli in Lynn resulted in the seizure of Firearms. Bail has been set at five thousand dollars cash. As of now Ricciardelli has been charged with Trafficking, Possession With Intent and Possession of Controlled Substances. 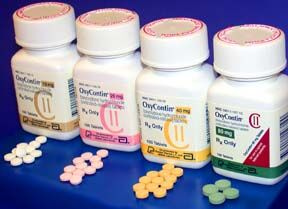 Massachusetts Courts have stated that information establishing that a person is guilty of a crime does not necessarily constitute probable cause to search the person’s home. Similarly, probable cause to expect that drugs will be present in a home is not established by the fact that the defendant lives there. Even if the defendant drives from his home to the location of a drug transaction, and returns to his home on the transaction’s conclusion, that, with nothing more does not provide probable cause to issue a search warrant. As a Massachusetts Criminal Lawyer with Experience Defending Drug Cases I would be interested in learning more about this investigation. If Ricciardelli is able to prevail on a Motion to Suppress man of the charges against her will be dismissed.

Our office Defends Drug Cases in Peabody Massachusetts on a regular basis. Anyone charged with a crime should contact a lawyer immediately. We can be reached at 617-263-6800 at all times. Do not wait. Hire a lawyer. Your defense should start right now.