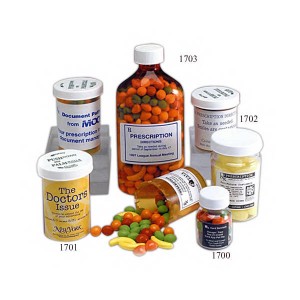 Just one week ago an unidentified person driving a car in Lowell, Massachusetts made an observation he thought worthy of police investigation. He noticed that the driving of another car was stopped in traffic and sleeping. This individual was then observed “waking up” and driving in an erratic manner, nearly colliding with a utility pole. The Dracut police arrived shortly thereafter and arrested the man. It is alleged that the man was unsteady on his feet and that for his own safety no Field Sobriety Tests were given. It turns out that the driver of the suspect vehicle was an off duty paramedic. He was arrested and charged with OUI Drugs in the Lowell District Court. In the car police found some prescription pills, possibly some Heroin and some Drug Paraphernalia. These substances are being tested.

As a Massachusetts Criminal Lawyer I was immediately struck by a particular legal issue this case bears that is becoming more common in Massachusetts. It involves the admissibility of testimony necessary to sustain a prosecution in a case like this one. For an OUI Drug conviction in Massachusetts the prosecution must identify the substance that it believes the defendant was influenced by at the time of operation. It is well established in Massachusetts that unless properly trained no witness can opine that someone was under the influence of a particular kind of drug. Massachusetts police officers, particularly those on patrol are trained to observe and detect the symptoms of alcohol intoxication. But few of these officers are taught about the effects various drugs have on people and the manifestation of symptoms ingestion of these substances will have. Recently, to combat this shortcoming, district attorneys are using drug enforcement detectives to provide an expert opinion at trial on how people will behave when impaired by certain substances. The officer will review the investigation or arresting officer’s findings and draw a conclusion as to what substance was effecting the driver/defendant. Some judges are allowing this testimony notwithstanding objections by the Experienced Massachusetts Criminal Lawyer.

Historically, Massachusetts Courts have approved of this strategy. For instance, in murder cases it is often the case that the medical examiner who performed the autopsy is unavailable to testify at trial. The district attorney will substitute this witness with another medical examiner who will review the first examiner’s reports and records as well as the photographs taken during the examination. The substitute will then be allowed to provide an opinion as to the cause of death. This might however be coming to an end. In Bullcoming v. New Mexico, 131 S.Ct. 2705 (2011) the United States Supreme Court held that the Confrontation Clause does not permit the prosecution to introduce a forensic laboratory report containing a testimonial certification, made for the purposes of proving a particular fact, through the in-court testimony of an analyst who did not sign the certification or personally perform or observe the performance of the test reported in the certification. Bullcoming v. New Mexico, 131 S.Ct. 2705, 2710 (2011). Such surrogate testimony violates the confrontation clause unless the analyst is unavailable at trial, and the accused had an opportunity, pretrial, to cross-examine that particular scientist. I am hopeful that the Bullcoming decision once tested in Massachusetts will have application to drug recognition experts.

If you are in trouble you need an experienced lawyer. Our office has the experience you need to defend your case. Call us at 617-263-6800 or contact us online. Start your defense now.